Home / News / Zhigansha Tuktarov: “Thank you, Tatarstan, for the opportunity to touch history” 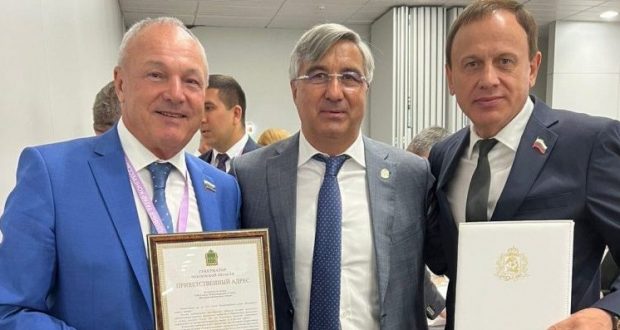 Zhigansha Tuktarov: “Thank you, Tatarstan, for the opportunity to touch history”

From July 30 to August 4, 2022 he was in Kazan! Of course, the main event for me was participation as a delegate at the VIII Congress of the World Congress of Tatars (WCT)! An epochal event that determines the further development of the Tatar world, the consolidation of our community in the preservation of language, traditions, culture…
I am proud that I again became a member of the National Council of the CGT!
We continue to work for the benefit of our people and the greatness of Russia!

On Saturday, July 30, in Kazan, on the embankment of Lake Kaban, the Pechen Bazars festival – Hay Bazaar, timed to coincide with the 1100th anniversary of the adoption of Islam by the Volga Bulgaria, was held. We, the Congress delegates, became the main guests of the event. It was a colorful event, we will use the highlights at our events.

The next day we visited the ancient city of Bulgar (Bolgar), where our ancestors converted to Islam in 922. A strong place, covered with history, a shrine. A sacred place for everyone who considers himself a Tatar and a Muslim! There we performed a collective prayer.
At the end of the stay, we took part in a grandiose flash mob!

It is not the first time that I was lucky to take part in events organized by the Republic of Tatarstan and the World Congress of Tatars. I want to note the high level of organization and teamwork! On behalf of our delegation, I thank the organizers for the warm welcome and sincerity.

During these days, I met twice with the First Deputy Chairman of the National Council of the VKT Shakirov D.F. This event will have a significant impact on the work of the ROO TNKA PO.

On the final day of my stay in the capital of Tatarstan, I went on an excursion to the neighboring Republic of Mari El, examined its capital, Yoshkar Ola. An interesting place where out of the blue created a tourist attraction. Old buildings are located in the city center, Soviet panels are adjacent to baroque palaces and half-timbered houses, and from the embankments “like in Bruges and Amsterdam” you can walk to the analogue of the Moscow Kremlin in five minutes. Definitely, all these days were full of pleasant, and sometimes unexpected meetings!