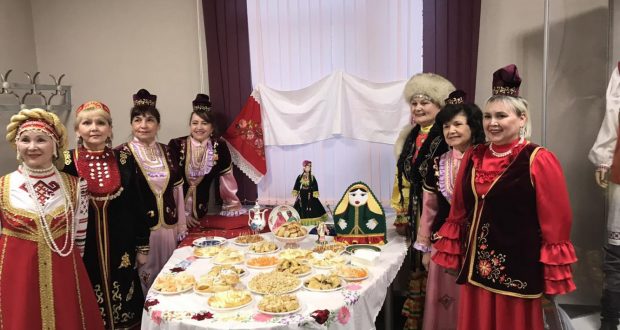 Under this motto, the Republican Center for National Cultures (RCSC) on March 24 opened the doors of its hall for friends and guests to widely celebrate the celebration of friendship and spring, prepared by the International Public Association “Tatar-Bashkir Cultural Heritage “Chishma”, with the support of the Embassy of the Russian Federation in Republic of Belarus, the Russian Center for Science and Culture and the RCSC itself in Minsk.

The First Secretary of the Embassy of the Russian Federation in the Republic of Belarus Yulia Evgenievna Aryaeva, Deputy Head of Rossotrudnichestvo Yulia Stanislavovna Zaitseva, employee of Rossotrudnichestvo Alexander Vyacheslavovich Pugachev, Director of the Republican Center for National Cultures Olga Vitalievna Antonenko came to celebrate the milestone event together with representatives of the Diaspora.

The cult holiday of Navruz, which means “New Day” in Farsi, arose even before the appearance of religious movements, about 3 thousand years ago. Relatively recently, it began to be celebrated as a Muslim holiday. Traditionally, it is celebrated on the day of the spring equinox – March 21, which also marks the beginning of the new year – and lasts for several days. They prepare for the celebration carefully, observing the customs and traditions of the Turkic and Persian-speaking peoples.

In Minsk, the Tatar-Bashkir diaspora prepared for the meeting of spring and the new year with a special attitude, so that everyone who came to the Center felt their involvement in the life of the fraternal peoples of Russia. Before entering the assembly hall, on a huge tasting table, dolls in national costumes invite guests to taste and appreciate the taste of fragrant national dishes. How great is their diversity, as well as unusual and incomprehensible names: peremyachi (belyashi), chak-chak, kystyby, echpochmak! .. And each of these dishes has its own secrets: for example, chak-chak symbolizes hospitality, friendship.