Home / News / Statement by the World Congress of Tatars 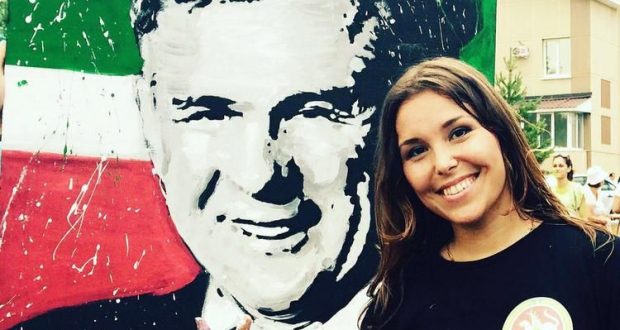 The Tatars of the world want Rustam Minnikhanov to be re-elected President of the Republic of Tatarstan.

Millions of Tatars living in the regions of Russia and foreign countries are looking with hope to the Republic of Tatarstan as the historical homeland of their ancestors, the spiritual center of the entire Tatar world. They connect their plans and hopes with the most important events taking place in Tatarstan, which these days celebrates its 100th anniversary.

The Tatar people need the Republic of Tatarstan, since its preservation and ethnic development largely depend on it. The compatriots living in the regions of Russia and in foreign countries, all compatriots know well how the Republic of Tatarstan, under the leadership of Rustam Nurgalievich Minnikhanov, is achieving success in economic and social development and the implementation of interesting projects. He is recognized as one of the leaders in the country; her positive experience is being adopted throughout Russia. The World Tatars Congress, its regional organizations, in their multifaceted activities, always rely on the help and support of the President of Tatarstan.

R.N. Minnikhanov is recognized as the leader of all the Tatars of the world. He provides real support in the development of culture and the formation of Tatar communities. The President’s business visits to foreign countries and regions of the Russian Federation primarily begin with a meeting with representatives of Tatar organizations, where he helps solve their problems and strengthens cooperation with local authorities.

Thanks to the implementation of humanitarian projects, close interaction of the public with the authorities, Tatarstan and the Tatars of Russia and other countries feel they are a single organism. Therefore, in these difficult times, they want the well-being and prosperity of Tatarstan, they wish to successfully withstand the trials that went to the regions and countries this year.

Tatars of the world express satisfaction with the positive assessment of the President of the Russian Federation V.V. Putin of the merits of the head of the Republic of Tatarstan. They hope that the business cooperation of R.N.Minnikhanov with federal and regional authorities, his ability to solve economic and social problems will help solve complex problems, achieve new successes in overcoming difficulties.

On the eve of the election of the President of Tatarstan, the Tatar public hopes for R.N. Minnikhanov, who has proved himself to be reliable partners, a strong leader who can solve the socio-cultural problems of the Tatars and other peoples of the republic.

Over the past 10 years of leadership of Tatarstan, Rustam Nurgalievich Minnikhanov has shown himself to be a worthy and effective leader who understands national problems, needs and aspirations of the people of the whole republic. His election as President of the Republic of Tatarstan in the 2020 elections is the most secret desire of the Tatar communities.

In this regard, we urge all the Tatars of Russia and the world to unite their efforts in support of our President, in the interests of the prosperity of Tatarstan and the Tatar people.

The World Congress of Tatars