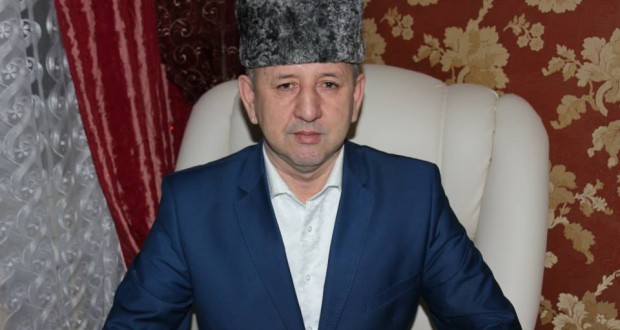 How Tatars of Chuvashia live

The National-Cultural Autonomy of Tatars of Chuvashia – one of the most prominent of associations of the Chuvash Republic, it was established in 1997. On what is done in Chuvashia by efforts of representatives of the Tatar community, the problems faced in the work, told chairman of the organization Ferit Gibatdinov.

– Ferit Abdullovich, since now it is a Sabantui time, let’s start with it. Tell me what Sabantui means for your people, and how different it is from the Chuvash Akatui?

– Sabantui – a great opportunity to talk about the Tatar culture and traditions. One should not to look for differences in celebrating the end of spring field works among the Chuvash and Tatars.

We live for centuries side by side, and therefore it is no wonder that the traditions we have are similar. In some

details, perhaps, there is a difference, because we know well, each village brings something different in any event.

– Are there many Tatar villages in Chuvashia?

– Purely Tatar, there are sixteen, located in Batyrevsky, Komsomolsky , Ibresinsky, Kozlovsky, Shemurshinsky Yalchiksky regions. We occupy the third place among the major ethnic groups of the republic after the Chuvash and Russians – my countrymen are about 40 thousand.

We, Tatars of Chuvashia live comfort because we live in a large homogeneous villages. For example, in Batyrevsky region nearly a quarter of the population – Tatars – eight Tatar and three mixed ethnic by composition villages, in Komsomolsk region six Tatar and three mixed villages. So, there is no big problem for expressing their religious, ethnic, cultural and educational interests.

– Native language is taught at schools?

– Yes, of course …Apropos, you know, our schools (I do not know, as in other regions) have never interrupted teaching of the Tatar language, up to grade 5. And I went to school and my children too. However, in many parts of the republican regions native language from the 1960s to the present day remains as a separate

subject. By the way, this way we are studying the Chuvash.

We, Tatars – Mishars, (they mostly live in Chuvashia ) are trilingual: in addition to the native we speak the Chuvash and Russian. Common everyday Chuvash representatives of my people always have known, as the Chuvash speak the Tatar in mixed villages. When there is communication – the language is easy to learn.

– Would you say that among Tatars, the problem of preservation of the language stands not so sharply?

– Unfortunately, the processes of globalization and assimilation do not pass by any nation. Yes, in rural areas and in families, and in interpersonal communication dominates the Tatar language, but the same can not be said of urban tribesmen. And we have many, especially among the young, those who do not know the language, forget the customs and traditions of their ancestors.

– You do not approve mixed marriages?

– I am opposed to such marriages. Not because of the fact that people of other nationalities worse than Tatars. Just I consider that much better when a Muslim marries a Muslim, a Christian with Christian. Of course, in life there

are respectable couples, where spouses of different religions, but I have rarely seen this. I do not approve also when moving from one faith to another …

– Ferit Abdullovich, the national association of Tatars is 27 years, can we talk about achievements?

– Let’s be clear what is a national-cultural autonomy. First of all, it is the mediator between the state and society. Based on the law, it is a cultural development and protection of the national interests of their ethnic group. And it is right and good.

But autonomy – a public organization, it is a little can do. Because from the beginning we are working in collaboration with government agencies, community councils, the Religious Board of Muslims of Chuvashia, and so on.

By the way, besides the Republican autonomy there are local groups – in Komsomolsk, Batyrevsky, Ibresinsky, Kanashsky regions, Novocheboksarsk, Cheboksary. We invest together and we manage a lot.

To name just a few, those that are not only in the republic but also abroad. These are local and national holidays Sabantui, Eid al-Adha, Mawlid, tournaments Tatar-Bashkir wrestling. And the All-Russia festival of contemporary ethnic culture and arts of the Turkic world “Urman-zalida” held by us has become a cultural event of Chuvashia …

– It so happened that the religious center of the Tatars of Chuvashia became Shygyrdany (Batyrevsky region), and the cultural capital – a village Urmaev. Last 20-25 years, all the republican Tatar cultural events are held there. There are several reasons.

Firstly, the base is very good – it is the Urmaevsky information and cultural center.

Secondly, there are functioning branch of Komsomolskaya children’s school of arts and popular folklore ensemble “Mishari”, which represents the culture of the Tatars of Chuvashia not only in Russia, but also abroad. And the international festival of Tatar pop

song “Urman-Mon” we have already closed. We have hold it for over 25 years (started in Soviet times). I think that he have performed tasks. Now, the time requires otherwise.

– Why not? Today, through the media, the Internet a mass attack is going of pop, alien, not very spiritual culture. We can say, cosmopolitan culture. How to create an alternative to it? Those authentic folk songs that promote folklore ensembles, it is impossible to resist it.

Therefore, we are working with Muftiate of Chuvashia, organized a festival of Muslim songs – Munajat where they sound with a modern, stylized current realities. “ART-MEDHIA» – is a unique festival, it gives people the opportunity to become involved in our culture. It has been held for the sixth year, the lack of participants is not felt , they come from different regions of Russia.

– What does the name means?

Preservation of the national culture, traditions and customs of every nation is possible only when they are

passed from generation to generation. Therefore, all of our events, business, undertakings are held in the name and for the sake of the young generations. With autonomy we have a youth organization. We try to involve them in all our affairs. You may have noticed on a holiday in Cheboksary, how many young we had – without the direct involvement of them the holiday would have been impossible.

I hope that they, our young activists now live with our common objectives. And they are the same as for all: development of culture, language preservation, strengthening national identity and friendship between peoples. Believe it moves and what my young compatriots more than once a week gather in our office in Cheboksary, learn the history, developing some of their activities.

– Chuvashia is home to about 130 ethnic groups, and all of them are equal before the authirity. The republic knows that the Tatars – a self-sufficient nation. In our villages, roads, schools, health facilities, mosques built. The latter are about 50 in the republic, Shygyrdana of

the Batyrevsky region madrasa “Guliston” is working. All of this would not be possible without the support.

– Are the relations with Tatarstan being maintained?

– Oh sure. We cooperate with the Ministry of Culture of the Republic of Tatarstan, the executive committee of the World Congress of Tatars, Federal national-cultural autonomy of Tatars. We have close cultural ties, we participate in national festivals, sports and intellectual activities. Apropos, the President of Tatarstan presented us a 45-seater bus “Hyundai”.

– 90 percent of Tatars living in Chuvashia, refer to the largest ethnic group and speak Mishar western dialect of the Tatar language. That’s why our ensemble called “Mishari”. And it has bee created to preserve and promote the traditions and customs of my people.

Tatars living in the territory of the Chuvash Republic, belong to the indigenous population. In the former “wild field” – the south-east of modern Chuvashia – appeared after joining Russia: service Tatars were granted “wasteland on a wild pitch,” i.e., a land earlier inhabited, but then abandoned.