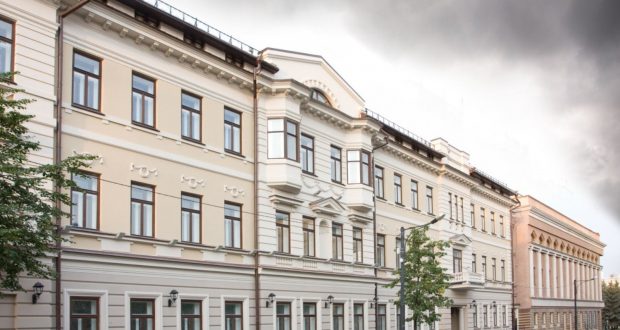 Kazan Conservatory invites to the festival of Tatar choral music

On April 27, the State Big Concert Hall named after S. Saidashev will host a gala concert of the 19th Festival-Competition of Tatar Choral Music “Guzul Kirem – Tatarstan!” (“My beautiful land is Tatarstan!”).

This season it is dedicated to the Year of Native Languages ​​and National Unity. This season it is timed to the anniversaries of prominent figures of Tatar culture – Nazib Zhiganov, Rustem Yakhin, Gabdulla Tukai and Musa Jalil.

Among the participants are the choirs of the Kazan State Conservatory named after N.G. Zhiganov, the Kazan Music College named after I.V. Aukhadeev, children’s choirs of the city, as well as soloists Elza Islamova, Aigul Gardislamova, Ilgiz Mukhutdinov, Syumbel Kiyamova and readers Ruslan Zakirov, Nikita Tochilkin.

The festival has been held by the Zhiganov Kazan State Conservatory since 2003. The main goal of the project is to educate the younger generation in respect of traditions, in love for their native language and music, in respect for the leading figures of the national musical culture and acquaintance with new works by contemporary authors.

More than 500 performers – members of choral groups – take part in the festivals every year. The leaders of these choirs are highly professional musicians, representatives of the Kazan choir school.

Every two years, within the framework of the festival, a competition for children and youth performing groups is held.