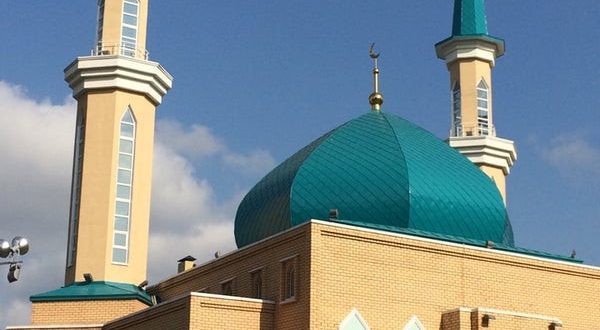 The XI All-Russian Forum of Tatar Religious Figures “National Identity and Religion” will be held in Kazan from 3 to 5 June. It is expected that the President of Tatarstan Rustam Minnikhanov will take part in the plenary session of the forum.

As “BUSINESS Online” was informed at the World Congress of Tatars, 1.2 thousand representatives of the Tatar clergy and guests from Tatarstan and 72 regions of the Russian Federation will take part in the forum.
The grand opening of the forum will take place on June 3 at the Kazanskaya Yarmarka exhibition center. The chairman of the Milli Shura National Council, Deputy Prime Minister of Tatarstan Vasil Shaikhraziev will take part in the event. Further, the delegates of the forum will take part in three discussion platforms, where they will share the experience of religious and national organizations in the preservation and development of the Tatar language, discuss the coverage of national and religious life on the Internet, the topic of studying the spiritual heritage of the Tatar people, as well as the current state of educational work in spiritual educational institutions.

On June 4, a plenary session of the forum will be held at the Kazan Expo International Exhibition Center, in which the President of Tatarstan is scheduled to participate. On the last day of the forum, imams will take part in the “Izge Bolgar Zhyeny” event in the town of Bolgar, Spassky District of Tatarstan.

This year the forum will be held under the slogan based on the lines from a poem by the Tatar poet Gabdulla Tukay: “And the tugan of bodies! Sindә bulgan and ң elek kyilgan dogam … ”Let us remind you that 2021 has been declared the Year of Native Languages ​​and National Unity in Tatarstan.

The first forum of Tatar religious leaders was held in Kazan in September 2010. Then more than 700 representatives of the Tatar clergy from 40 constituent entities of the Russian Federation took part in it.