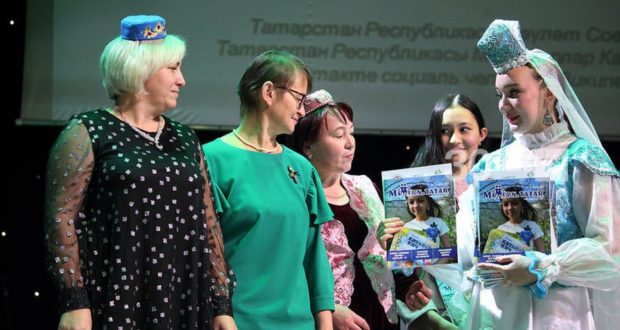 The world competition of Internet projects “Belem Orlure” (“Jewels of Knowledge”) is held by the Ministry of Education and Science of Tatarstan in cooperation with the NGO “Tatnet Development Fund”. The competition has been held since 2010. Its goal is to popularize Tatar-language Internet projects in the field of education and culture, as well as to support the authors of the best sites.

This year the most valuable and useful projects of the Tatar segment of the Internet will be revealed for the twelfth time.

This year, the selection of participants was held in 10 nominations. Of more than 200 applications for the competition, 129 applications were accepted from different regions of Tatarstan, other regions of Russia and foreign countries.

Among the finalists were the sites of the Tatar public organization in Tashkent, the account of the newspaper “Kamyshly khuburlure” (“Kamyshlinskiye Izvestiya”) of the Samara region, the site of the Public Chamber of the Republic of Tatarstan, the YouTube channel of the theater. G. Kamala, the website of the Kazan City Philharmonic Society, the website of the newspaper “Vatanym Tatarstan”, accounts and mobile applications of the Tatar radio stations “Kitap” and “Turtip FM”, websites and Instagram accounts of Tatar writers and poets, including those from Moscow.

The ceremony of awarding the finalists is scheduled for December 6 in the assembly hall of the Academy of Sciences of the Republic of Tatarstan.

The list of participants can be found on the official website of the Internet-projects competition “Jewels of Knowledge) at http://konkurs.belem.ru.