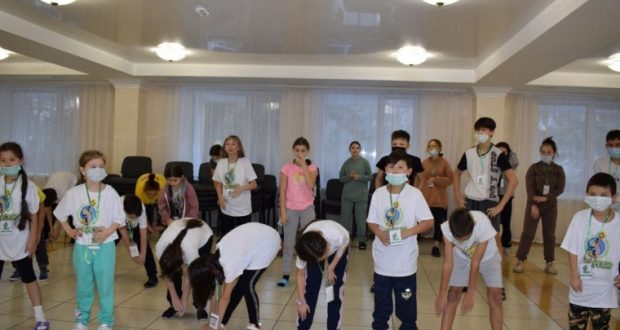 At the beginning of November 2021, the III Ethnocultural Language Camp for children, adolescents and youth “TatCAMP” took place  in the city of Omsk at the Aurora Hotel. The camp was held in accordance with the Strategy of the State National Policy of the Russian Federation for the period up to 2025 in order to ensure optimal conditions for the preservation and development of the languages ​​of the peoples of Russia.
The event was held in strict compliance with all sanitary and epidemiological standards.

The language camp brought together Tatar children from the municipal districts of the Omsk region and the city of Omsk.
The Camp program included: classes in the study of the Tatar language, master classes in acting and stage skills, trainings and games to develop leadership qualities and internal potential, the development of projects aimed at preserving and developing the Tatar culture, language and traditions by the participants of the youth shift, as well as master classes in needlework, folk singing, choreography and much more.
The main classes of the Camp program were conducted by teachers of the Center for Contemporary and Traditional Culture of Tatars in the city of Omsk.