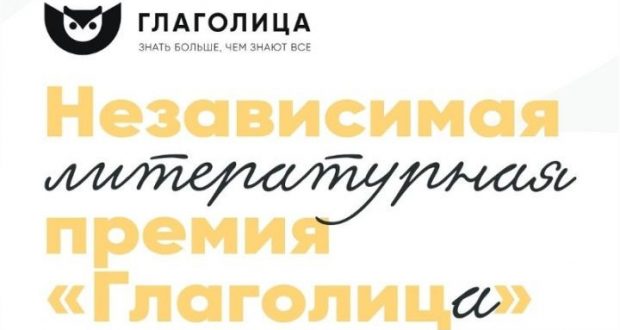 In 2021, the organizing committee of the Glagolitsa Independent Literary Prize received almost 1400 works from 19 countries: Spain, Germany, Italy, Sweden, the USA, etc. This is a double record in terms of the number of participants and their geography, said the creator of the award, Irina Khusnutdinova.

This year, the “Crystal Owl” prize will be awarded 8 times in the republic. The names of the winners will be announced tomorrow at the award ceremony, which will be held at the Ekiyat Puppet Theater.

The VIII Independent Literary Prize “Glagolitsa” brought together a record number of participants from all over the world. The jury members reviewed nearly 1400 entries from 19 countries. Most of the participants are from Russia: Moscow is in first place in terms of the number of authors, Kazan is in second, St. Petersburg is in third. The jury members of the Glagolitsa literary prize noted that the level of work is increasing every year.

For the first time, the organizing committee accepted works in the nomination “Literary translations from Russian into Tatar and from Tatar into Russian”.

120 authors from 10 to 17 years old received vouchers to Kazan for a literary session from 22 to 26 November. For them, master classes are held with famous writers from Russia, Tatarstan, Belarus and France. For young participants, this is a unique opportunity to learn literary skills, discuss their work, and receive invaluable advice.