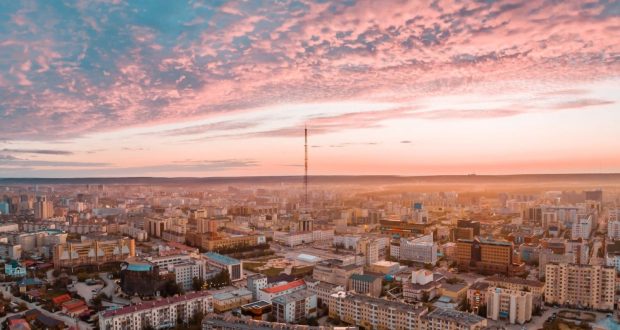 The program included screenings of Tatarstan cinema, performances, exhibitions, performances by leading creative teams, round tables, presentations and much more.

On June 22, the cultural program will be opened by the Days of Tatarstan Cinema. The Lena cinema will present the musical comedy “Apipa” with the participation of theater and stage artists. Then the Yakut audience will see a dramatic film by Ildar Yagafarov “Isanmesez”. On June 23, the feature-documentary film Hosanna directed by Alexei Barykin and the full-length feature film We Are the Children of 41 by Amir Galiaskarov will be screened. In addition to film screenings and meetings with filmmakers, new areas of cooperation will be discussed and outlined at the round table “National Cinematography of Russia: Points of Growth”.

From June 22 to June 24, the Union of Writers of the Republic of Tatarstan organizes a series of events aimed at cooperation with the writers of Yakutia, popularization of Tatar literature. So, on June 22, there will be a meeting with the writers of the Republic of Sakha (Yakutia) and a presentation of the Anthologies of modern Yakut and Tatar prose, translated into Tatar and Yakut languages. June 23 at the Yakut State Literary Museum named after P.A. Oyunsky, a round table will be held with writers, critics, literary critics “On the ways of developing the literature of the Turkic-speaking peoples of Russia.” In addition, it is planned to sign a cooperation agreement and meet with the Tatar diaspora of the Republic of Sakha (Yakutia).

On June 23 and 24, at the Theater of Young Spectators of the Republic of Sakha, the Buinsky State Drama Theater will present two performances at once – the performance “Shobaga” and “The Lady”. The performance “Shobaga” (“The Lot”) is included in the Long List 2022 of the All-Russian National Theater Award and the Golden Mask Festival as a significant performance of the 2020-2021 season. The play “The Lady” is the owner of the Grand Prix of the XIX International Theater Festival “Slavia 2020” for “The Best Stage Creation”.

On June 24, the National Art Museum of the Republic of Sakha will host the opening of the exhibition “Visiting the Tatars”. The inter-museum exhibition project presents 319 items from the collection of the Yelabuga State Museum-Reserve and 15 jewelry and leather goods from the museum of the Kazan College of Folk Art Crafts. This is a colorful encyclopedia of national culture, clearly and captivatingly telling about the history of this people and the personalities who have made a significant contribution to it, science and religion, education and art, everyday life and holidays, everyday life, centuries-old traditions and rituals.

From June 24 to 25, the I Congress of National Theaters of Russia will be held as part of the celebration of the 100th anniversary of the formation of the Yakut Autonomous Soviet Socialist Republic. The landmark event of the Year of the Cultural Heritage of the Peoples of Russia will bring together more than 100 leaders of national theater groups from 20 regions of the Russian Federation, as well as leading experts in the field of culture and art from all over the country. The program will include a plenary session, thematic panel sessions and pitching of theater projects.

On the final day, June 25, 2 holidays will be presented for residents and guests of Yakutia at once: the traditional Yakut summer holiday Ysyakh and the national holiday of the end of spring field work Sabantuy. A truly colorful program that will plunge everyone into the enchanting world of Tatar and Yakut culture.