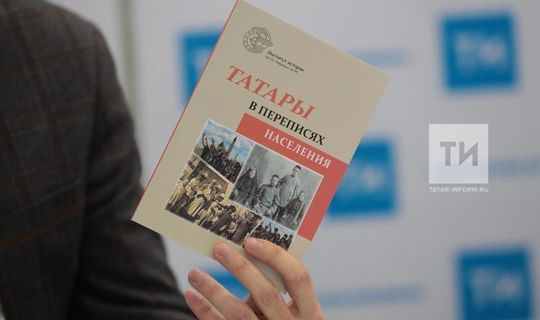 Kazan hosted a presentation of a unique animation video “Tatars: Unity in Diversity” and the book “Tatars in Population Censuses” prepared by the Shigabutdin Mardzhani Institute of History of the Academy of Sciences of the Republic of Tatarstan for the All-Russian Population Census 2020-2021.

“The idea of ​​the video is to demonstrate that it serves as a symbol of the unity of the Tatars; it was important for us to show what exactly unites the Tatars around the world, – said at a press conference at the Tatar-inform news agency the head of the department of interdisciplinary research at the Institute of History. Sh. Mardzhani of the Academy of Sciences of the Republic of Tatarstan, candidate of historical sciences Bakhtiyar Izmailov. “As a result of sociological surveys, the staff of our institute found out that for the majority of Russian Tatars, for example, the main criteria of unity are common origin, language, culture and, of course, Tatarstan. In our video, the main “cores” of the Tatar ethnic community are presented, we tried to describe how these “cores” were formed and developed. In addition, we would like to emphasize that, despite the fact that Tatars live in different parts of Russia and the planet, each Tatar feels the unity of his people. ”

“Against the background of the current all-Russian population census, people often wonder why a census is needed at all and for what purpose it is being carried out,” explained the academic secretary of the Institute of History named after Sh. Mardzhani of the Academy of Sciences of the Republic of Tatarstan, candidate of historical sciences Aleksey Bushuev. – In our book “Tatars in Population Censuses”, we decided to tell in a simple and popular form about what a “census” is, when previous similar events took place and how the number and movement of the population in different historical periods were taken into account. We tried to show the way of the demographic development of the Tatar people for quite a long time: from the middle of the 16th century to the 21st century ”.