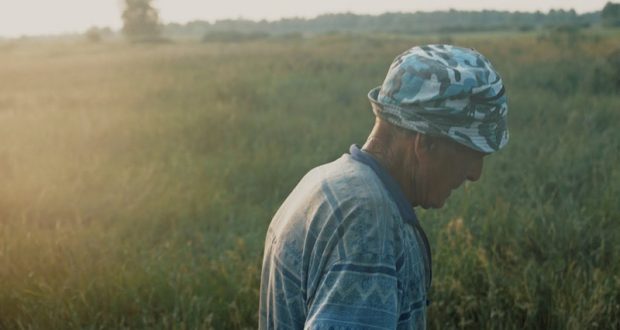 On November 17, at the Lenin Palace of Culture, the premiere screening of a new documentary film by Tatarstan director Almaz Nurgaliev “Between the Seven Islands” will take place. It is dedicated to the village of Semiostrovo (Өshur) in the Aktanysh region and its only resident who did not leave his home, despite the threat of flooding.

Filming began in 2018. The events of the film unfold in the 60s of the XX century, when the construction of the Nizhnekamsk hydroelectric power station begins. According to the plan, 173 thousand hectares of land in Tatarstan, Bashkortostan and the Perm region were to be submerged, including the village of Semiozerovo. In 1976, the locals leave, but one person remains. Subsequently, the village is never flooded, and the man continues to live in it. The age limit of the film is 12+.

Between the Seven Islands has already become the winner of the XVII Kazan International Muslim Film Festival in the Best Full-Length Documentary Film nomination (international competition) and the XVIII International Film Festival of Saratov Suffering Documentary Melodrama (special prize For Versatility in Local Contexts). The project is presented in the catalog of the interregional award in the field of cinematography “Altyn tulinku” (Golden Plate), the implementation of which is carried out with the support of the Presidential Fund for Cultural Initiatives of the Russian Federation.

The show will start at 19:00. The author and the film crew will present their film to the viewer and answer questions of interest. The screening will take place within the framework of the cycle of creative meetings and premieres in Kazan of the Directorate for the Support of Film Projects and the Organization of Festivals “Time for Cinema”.

The entrance to the Lenin Palace of Culture is carried out by a QR code. The number of seats is limited, since in accordance with the requirements of Rospotrebnadzor, the hall will be no more than half full, the organizers say.