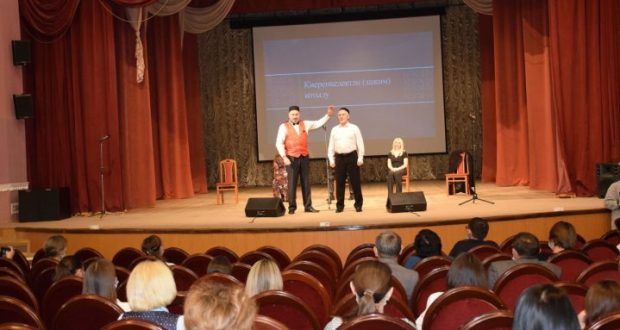 A large-scale project dedicated to the Year of Native Languages ​​and National Unity in Tatarstan, a unique experience not only in the republic, but also in Russia. It is being implemented on the initiative of the President of the Republic of Tatarstan Rustam Minnikhanov by the Commission for the Preservation and Development of the Tatar Language and the Ministry of Culture of the Republic of Tatarstan. Nurlat became the 32nd point of the educational landing.

Leaders of different ranks, heads of rural settlements, teachers of the Tatar language and others, within the framework of the master class, learned the basics of public speaking: to write a report correctly, to keep the audience’s attention, to stay in front of the audience. By the way, the entire hall performed practical exercises to relieve tension and stress together with the teachers of the theatrical creativity department Azat Zaripov and Raushan Sharipov.