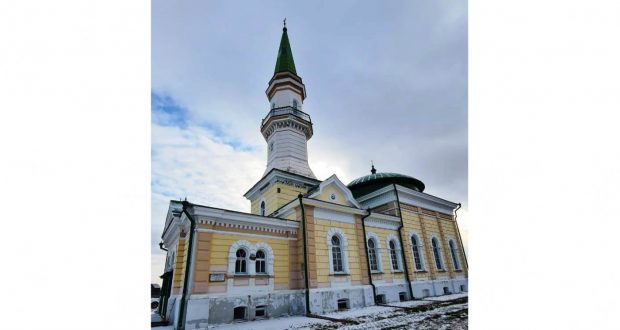 The village of Embaevo, located on the left bank of the Tura, has a rich history stretching far into the depths of centuries. The village was founded by the Tatars, later the Bukharians settled there. From generation to generation, the rumor was passed that this settlement was called Malchyn (Maltsyn) by both Tatars and Bukharians.

The Islamic complex of the mosque and madrasah was built by the Tatar merchant Nigmatulla Karmyshakov-Seydukov in 1884-1888. completely at their own expense. He opened and financed the “Mohammedan Theological School” at his own expense, paying for both the living of the Shakirds and the work of teachers. After the October Revolution of 1917, the “Mohammedan Theological School” was renamed the Teacher’s Seminary named after Nigmatulla Karmyshakov-Seydukov.

The Yembaevsky Rural Museum was opened in 1994. The museum is located in the building of the former Mohammedan Theological School of the late 19th century. The museum funds contain collections of applied art, ethnography, religious objects, painting and sculpture, numismatics, as well as rare and unique items reflecting the history and culture of the Tatar people and having historical and spiritual value. First of all, this is the “Mesale” manuscript of the beginning. XIX century, textbooks in Arabic, metric books p. Embaevo beginning. XX century, national dress (hats, shoes).