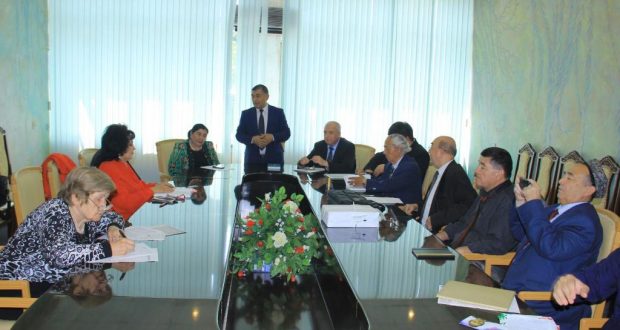 Afterwards Chairman of the Tatar Public Cultural and Educational Centre (TPCEC) of Tashkent Nabiulin A.D. TPCEC activist, teacher Kurbanov D.A. an activist of the Kazakh Republican National Cultural Center, member of the Academy “Turan”, Academician of the Academy of Humanities of Kazakhstan, professor Kaldybek Seydanov, a senior researcher at the Institute of history of

Presentations focused on the life, work and legacy of Gabdulla Tukai. They emphasized the role of his art and heritage in the development of the Tatar, Turkic and universal culture, the establishment and development of national cultures of many Turkic peoples, there were the issues of the relationship between Tatar culture and

literature of the Uzbek, Kazakh, Uighur and other national cultures and literatures. These issues were discussed both in terms of history, and in the aspect of modern problems of preservation and development of national languages, cultures, identities and national identity in the process of globalization and the global information civilization, publication of materials of this seminar has been scheduled.

The event was attended by representatives and heads of number of national cultural centers. The poems by Gabdulla Tukai were read out, translations into Uzbek, Kazakh and Russian languages, verses dedicated to the poet, songs on poems were sung, particularly, with a deep enthusiasm the song “Tugan Tel” on Tukai verse has been perceived.