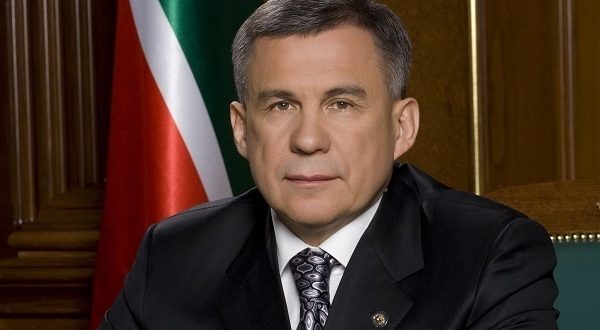 Dear veterans and workers of rear!

I cordially congratulate you on the most significant event in the history of our multinational state – the Day of the Great Victory over the fascist invaders!

Seventy-first time on this earth comes to a peaceful spring, recalling an immortal feat of the Soviet soldier-liberator, honorably terminated the May 9, 1945 in defeated Berlin their sacred mission to liberate Europe from the horrors of the “brown plague”.

The Great Patriotic War was a severe test of will and spirit of our people. We have learned, the bitterness of defeat and the joy of victory. In all, under the most difficult conditions, a legendary military generation

believed that our cause is fair, the enemy will be defeated, victory will be ours.

Due to the mass heroism and selflessness of a warrior people, the people-worker, humanity regained its lost freedom, freed from Nazi slavery and fear for their future. Only to front, Tatarstan gave more than seven hundred thousand men, of whom almost half did not return their homes.

There are no words that could fully express our acknowledgement to brave veterans and tireless workers of the rear. Their names and feats forever have been imprinted in the hearts of grateful descendants, in names of streets and cities, school museums and numerous military memorials, sung in works of literature and art. A visible indication of our filial gratitude and unity of generations became all-Russian action “Immortal regiment,” in which Tatarstan is actively involved.

Today, we all go in the same ranks with the winners, demonstrating our commitment to the ideals of a true peace, happiness and justice for which our fathers and grandfathers fought to the last drop of blood. I am convinced that this civil unity, imbued by Banner of Victory is the most convincing response to the complex challenges of our time.

I sincerely wish still alive creators of the Great Victory – our dear veterans of the front and rear – a long life, and all the Tatarstanians – a peaceful sky over your head, happiness and prosperity!