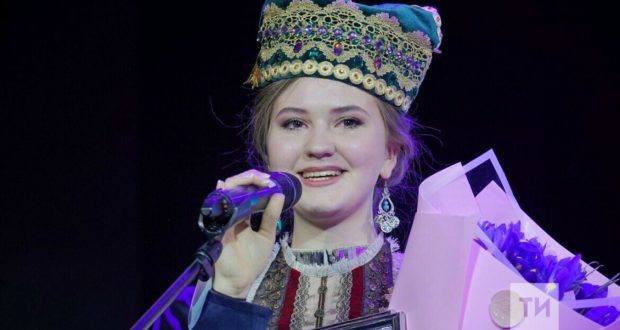 In Kazan, the inter-university beauty and talent contest “Yaz Guzale”, which is held annually at the Kazan State Energy University, has ended. Aigul Sabirzyanova, a student of KSUE, became its winner.

During the awards ceremony, Aigul thanked her parents, relatives, classmates and presented her mother with a bouquet of flowers.

“The road to victory was not easy. There were many difficulties. For three weeks my parents, grandparents, relatives were my support. This is our common victory. I am proud of my family,” she said.

The final of the contest “Yaz Guzale” was held in the cultural center “Moskovsky”. Ten girls from eight universities competed for the title of the winner. The beauty and talent of the contestants were evaluated by the jury, which included representatives of ministries, bloggers, theater artists, leaders of youth and women’s organizations, partners of the competition and employees of KSEU.

This year the competition was held for the thirteenth time. The event is aimed at educating the younger generation of respect for the Tatar culture, preserving and popularizing the Tatar language.

The finalists of the competition were presented with bouquets of flowers and gifts from partners.

The winner in the nomination “People’s Choice Award” was determined by voting on the website of the electronic newspaper “Intertat”. And most of the votes were given to Zukhra Agliullina, who represents the Kazan Cooperative Institute.