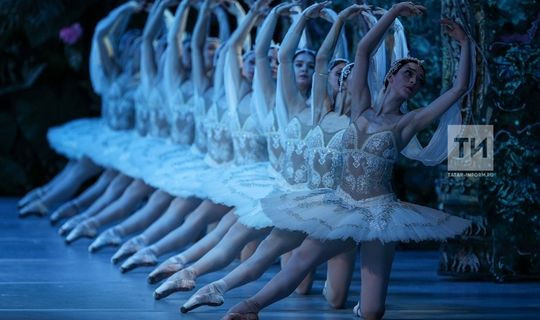 Next month, the XXXIV International Festival of Classical Ballet named after Rudolf Nureyev will start on the stage of the Tatar Opera and Ballet Theater named after Jalil. About 100 artists from Russian and foreign theaters have been invited to one of the brightest ballet projects in Tatarstan. This was announced by the casting producer of the festival, Honored Artist of Russia Aydar Shaydullin.

“The high level of the festival, professional management, a strong troupe of the theater, orchestra, scenography – all this contributes to the fact that the artists are eager to agree to participate. We are trying to create comfortable conditions for them to stay in Kazan, ”Shaidullin said.

The festival will open with the play «Thousand and One Nights» by the Primorsky Stage of the Mariinsky Theater on 13 and 14 May. The ballet will be presented by the theater troupe from Vladivostok. Eyyub Kuliev will be the conductor.

On May 18, e leading roles in the premiere of the updated ballet «The Sleeping Beauty» will be performed by  soloists of the Tatar Theater troupe: Kristina Andreeva (Aurora), Wagner Carvalho (Prince Désiré), Amanda Gomez (the Lilac fairy), Alina Steinberg (the Carabosse fairy). On May 19, the same production will be presented by  prima ballerina of the English National Ballet Maria Kochetkova (Aurora), the premiere of the National Bolshoi Opera and Ballet Theater of Belarus Artem Bankovsky (Prince Desiree), the soloist of the Bolshoi Theater Antonina Chapkina (the Lilac fairy).

On 20 May, the Mariinsky Theater soloists will perform the leading roles in the play Swan Lake: Maria Ilyushkina as Odette-Odile, Nikita Korneev as Prince Siegfried.

On May 24, the leading soloists of the Mikhailovsky Theater will appear on the stage of the Jalil Tatar Theater in the play “Le Corsaire”: Angelina Vorontsova (Medora) and Ernest Latypov (Konrad), as well as the prima ballerina of the Krasnoyarsk Opera and Ballet Theater, a participant in the Bolshoi Ballet project on the TV channel Culture ”Elena Svinko (Gulnura).

In a day, the story of La Bayadère will be told by  prima and premier of the Astana Opera with the help of choreography: laureates of numerous competitions Aigerim Beketaeva (Nikia) and Bakhtiyar Adamzhan (Solor).

The leading roles in the performances “The Golden Horde” (May 22) and “Spartacus” (May 28) will be performed by the leading soloists of the Tatar Opera and Ballet Theater.

The final chords of the project will be two gala concerts, which will take place