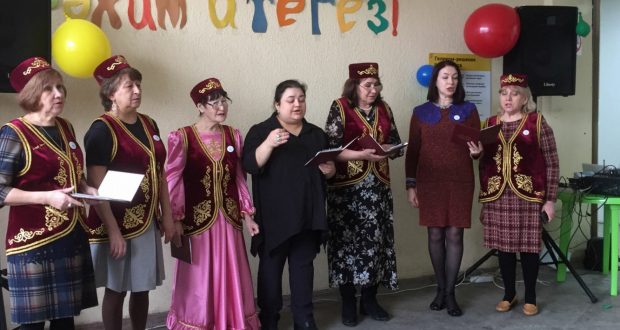 Altai Regional Public Organization “Center of Tatar Culture” “Dulkyn” (Wave) held an open day. Zinatullina Flora Viktorovna, Chairman of the JSC “Dulkyn” (Volna) and a member of the Civic Chamber of the Altai Territory, made a welcoming speech. “It is very important for us that the residents of the city and the region know about the activities of our organization. And as always, our center is open to new people.”

A concert of the ensemble “Duslar” and a presentation of the center were organized for the audience. Activists of JSC “Dulkyn” (Volna) told the participants of the meeting about the work of all the structures of the organization: the Society of history lovers “Altyn Miras”, the youth club “Yash yoraklәr”, the Tatar ensemble “Duslar”, the Club of craft lovers “Matur”, the library of the center and much more . The guests expressed their desire to attend the events of the JSC “Dulkyn” (Volna) more often and join the Tatar national movement, which celebrates its 30th anniversary this year.

The event was timed to coincide with the 116th anniversary of the national poet and hero of the USSR Musa Jalil. The works of the poet were performed at the meeting.