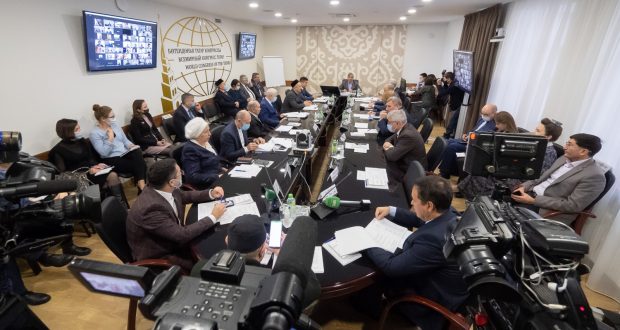 There are two main items on the agenda: the report on the activities of the World Tatars Congress for 2021 and the approval of the CGT work plan for 2022.

According to Shaikhraziev, work next year should be carried out under the motto “We are together! Unity is our strength! ” “This will serve as a kind of continuation of the All-Russian Population Census,” said the chairman of the National Council. He also mentioned the upcoming significant events for the Tatar world and the congress, in particular. Namely: the celebration of the 1100th anniversary of the adoption of Islam by the Volga Bulgaria and the 30th anniversary of the organization, within the framework of which the VIII Congress of the World Congress of Tatars is expected to be held.