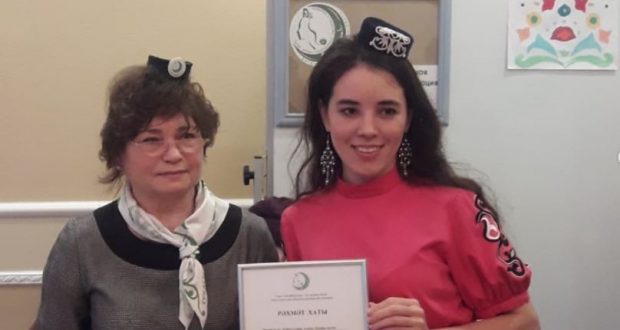 On November 13, an expanded meeting of the organization of Tatar women “Ak Kalfak Neva” was held at the Representation of the Republic of Tatarstan. A report on the work done was read there, members of the Council were awarded for their active work, including Farida Grenda, Saniya Ishkinina, Svetlana Zigangirova, Alina Khairullina and others.
Since the agenda included the issue of by-elections of members of the Ak-Kalfak Neva Council, and the list presented by the chairman of Ak-Kalfak Neva already included a new composition, the members of the current council proposed to meet again for by-elections and voting for the chairman of the public organization.

The world organization “Ak Kalfak” is called upon to strengthen and develop the national culture, language and customs of the Tatar people, to rally people around itself. We hope that worthy women will become the leader and members of the Council, strengthening the friendship between the members of the Tatar society.