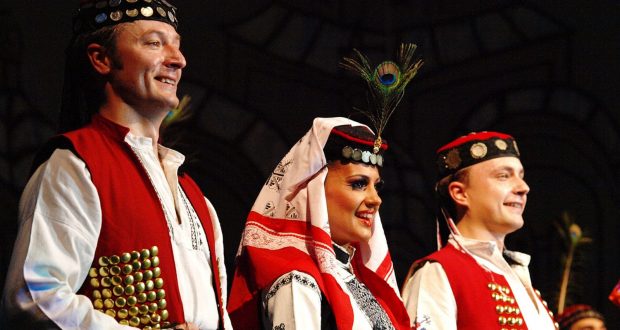 Minister of Culture of the Republic of Tatarstan Irada Ayupova, as part of the Russian delegation, takes part in the Days of Spiritual Culture of Russia in Bosnia and Herzegovina, which are held on November 21-23 in Sarai. She presented Tatarstan with a report at the round table “Preservation of spiritual values ​​as the basis of intercultural dialogue.” Irada Ayupova spoke about the experience of the Republic of Tatarstan in the field of preserving spiritual and cultural values ​​in the region.

The round table participants also received master classes from folklore groups from the regions of the Russian Federation.

A number of events are planned within the framework of the Days of Spiritual Culture.
Today Irada Ayupova also took part in the opening of the exhibition of the Russian Geographical Society “Amazing Russia” in the Sarajevo National Theater. Here a meeting took place with the Deputy Director of the Sarajevo People’s Theater Gordana Khrenovitsa, Director of the Department of Museums and External Relations of the Ministry of Culture of Russia Alexander Voronko, Minister for Civil Affairs of Bosnia and Herzegovina Ankitsa Gudelevich and Ambassador Extraordinary and Plenipotentiary of the Russian Federation to Bosnia and Herzegovina Igor Kalabukhovina.

During the days, the richness and diversity of Russian culture will be demonstrated to the general public of Bosnia and Herzegovina. Tatarstan also represents Russia in the cultural program.