Home / News / Anniversary festival “Our Time – Beznen Zaman” will bring together up to 1.4 thousand young professionals 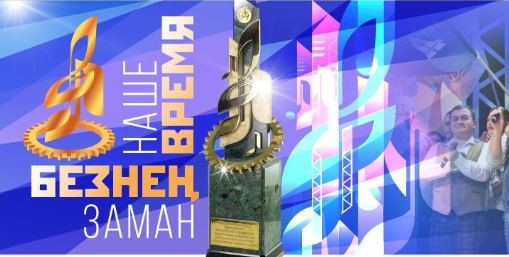 Anniversary festival “Our Time – Beznen Zaman” will bring together up to 1.4 thousand young professionals

Anniversary festival “Our Time – Beznen Zaman” will bring together up to 1.4 thousand young professionals

Today, the 4th rally of the creative working youth of Tatarstan has started at the Volga youth center. For three days they will have business games, cultural programs and round tables. The mentors for this time will be the winners of the Grand Prix of the festival “Our Time is Beznen Zaman” for all nine years of its existence. This year the event will be held for the tenth anniversary and will bring together about 1.4 thousand young people from more than 300 enterprises of the republic. This was announced at the opening ceremony of the rally by the general producer of the festival Dmitry Tumanov.

“I think that at least 1.4 thousand people will take part in the festival this year. The festival is growing and it’s great. Starting this year, we decided to slightly change the rules. Now up to 50% of the team can consist of people under 45 years old, whereas previously only 25% were allowed,” the speaker said.

He emphasized that participation is absolutely free. According to Tumanov, the existence of such a festival proves that in Tatarstan, the happiness of a working person is at the forefront, and all conditions are created in the republic for this.

The General Producer reminded that all the works of young people at the festival automatically become the intangible heritage of UNESCO, under whose patronage it takes place.

The rally in 2022 was attended by both beginners and those who have been attending it for many years. One of the “old-timers” was the captain of the team of the State Budgetary Institution “Road Safety” Evgenia Nasibullina. She said that, like all mentors, she wants not only to share her experience of participating in the festival “Our Time is Beznen Zaman”, but also to learn from the speakers who will speak at the event.

“In fact, Our Time is Beznen Zaman is not just a festival. This is life, family, friendship, emotions, people. Do you think that “Beznen zaman” is on the stages or in the halls? No, he is at our place when we get together, communicate, make friends, ”Nasibullina shared.

The gala concert of the festival “Our time is beznen zaman” will take place on August 30 at the Pyramid cultural and entertainment complex.