Home / News / The dress rehearsal of the play “Muhajirs” held 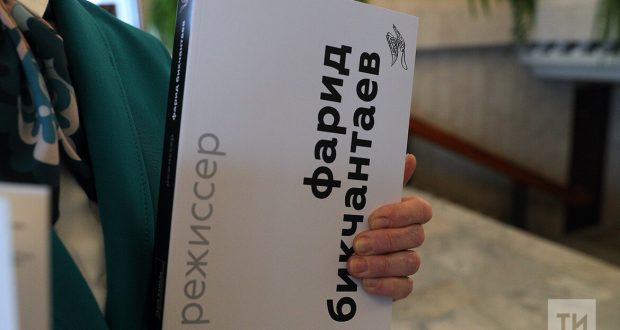 The dress rehearsal of the play “Muhajirs” held

The name of the new Kamalov production can be translated as “settlers”, “refugees”, and this alone gives rise to cognitive dissonance. It does not matter that these are other refugees and in general ˗ a different story. What, if not allusions, makes a theater a theater…

The official premiere of the play-duology “Dust. Muhajira” is scheduled for autumn, but in the theater. G. Kamala decided not to wait and showed the finished first part, calling it a general run. In general, such a performance. The reason for it was the anniversary of Farid Bikchantaev, the director of the play. He is sixty, and on the same days, by the way, it is twenty years since he was appointed chief director of the TGAT named after. G.Kamala.

… Bikchantaev went on stage, said a few words about the performance and why he does not like anniversaries, after which, going down to the hall, he presented flowers to his mother, the wonderful actress Naila Garayeva. All this took several minutes. Those who wished to continue the “banquet” could purchase in the theater lobby a brand new book “Director Farid Bikchantaev” fresh from the printing house and merch autographed by the hero of the day.

So, “Muhajirs” … Today, this work of Mahmut Galyau, to put it mildly, is not well known. The peak of the writer’s creative activity came at the end of the twenties of the last century. At the same time, he conceived an epic novel in four books about the life of a Tatar village at the end of the 19th century. “M. Galyau realized his plan only partially, ˗ we read in the Tatar Encyclopedia, ˗ only the first two books were written and published in translation into Russian.”

These are the novels “Dust” (in literal translation – “The Troubled Years”) and “Muhajirs”. In the first, Mahmut Galyau vividly describes the Tatar life and village holidays, and also talks about the famine of 1877, which then engulfed the Volga region. In the second novel, the author traces the fate of the characters “in a new historical situation – in the conditions of the resettlement of the Tatar peasantry to Turkey, in an atmosphere of awakening and growth of class consciousness …”.

According to the first impression, the audience of the “general run” saw a completely finished canvas. Artist Sergey Skomorokhov, choreographer Nurbek Batulla, composer Elena Shipova and not only them put their hands and talent to this. But the biggest bet is made on the acting ensemble. There are also many traditional, recognizable characters who have long taken an honorable place in the host of good spirits of the Tatar stage. In the performances of Bikchantaev, and Mukhajirs are no exception, they, like genies released from a bottle, slyly and again kindly wink at the audience. In this almost carnival whirling of theatrical masks, Bikchantay’s students of the first generation are especially incomparable ˗ Iskander Khairullin (Shamsi), Fanis Ziganshin (Muezzin), Ramil Vaziyev (Akram) and others.

And it may surprise someone else that the Tatar village life on stage is not necessarily log walls with a fence, a well, etc. A couple of pillows stuffed with goose down and a prayer rug are enough. The rest is completed by the imagination of the audience, many of whom remember both the road to this village and the old house with creaky floorboards and grandmother’s rosary still waiting for someone.