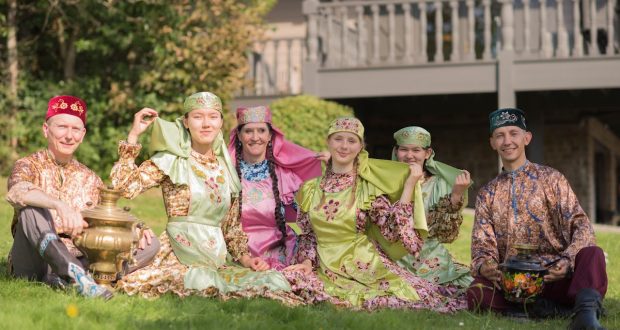 The folklore holiday has a special unifying force for compatriots in Europe. Every year, for more than ten years, the “Tatars of Belgium” have been trying to hold their ethnic forum called Sabantuy in nature, decorating it with elements from the ancient treasury of the spiritual heritage of their ancestors. And this, traditionally, is songs and folk dances, the expanse of a green lawn, national delicacies, sports competitions in a comic format and, conversely, games that reveal sports power, dexterity, agility.

Last weekend the Tatars gathered again for their colorful Sabantuy. The agrarian calendar limits the timing of this particular event from the moment the sowing is completed and the first sprouts of spring crops appear in the fields. The records of 921 years about the Tatar Sabantuy in the works of the Baghdad researcher Ibn Fadlan are also strong in their historical edification. The exception of the century, probably, will be the current Sabantuy, held in Belgium last weekend: just recently, WHO has returned the right to gather for the holidays to European residents. However, if we base ourselves on agricultural work, then autumn plowing is over, winter crops have been sown.

By organizing Sabantuy for compatriots and indigenous people of the country, the Tatar community of Belgium first of all demonstrates the spiritual wealth of its nation, the ability to preserve and transmit beautiful cultural traditions, shows its solidarity and organization. For many, this holiday becomes an excursion into youth, an occasion to once again plunge into their native culture, an important spiritual event, and for children – an opportunity to get acquainted with ancient traditions, to feel like the batyrs of the holiday. All competitions on the lawn are designed for both children and adults, because the folk wisdom of Sabantui lies in the ability not only to win and demonstrate strength and dexterity, but also in playing beautifully, and these qualities are brought up from childhood. In order for a person to be able to preserve his face and dignity under any circumstances of life, to be ready for both victories and defeats, and be able to measure his desires with his capabilities.

But the concert program has been expanded from folk songs to serious classics. A young schoolgirl Amalia sang incendiaryly the adored “Kubulgem”, “Ay, wasbylym”, “Tugan yak” and then professionally switched to German vocals, with a gentle soprano sang “Voi, che sapete”, an aria from the opera “Figaro’s Wedding” by Mozart. Amalia is a finalist of the vocal competition of the children’s radio of Russia “Radiovision 2021”, the winner of the “Jugend musiziert” children’s music competition in Germany in the category “Classic Vocal”, a laureate of various European music competitions. The classics of choreography were complemented by the Belgian schoolgirl Amelie Schmitz. It can be said that for the first time the public in Europe saw the part of Syuyumbike from the ballet “Shurale” by Farit Yarullin. Amelie learned this fragment in Kazan, in her historical homeland. Folk dance master classes were conducted by Evgeny Nikitin, soloist of the Saydash theater studio in the capital of Kazan. The symbolic title of Batyr Sabantui and the main prize went to Alexander Rankin. He collected the most points in various games.