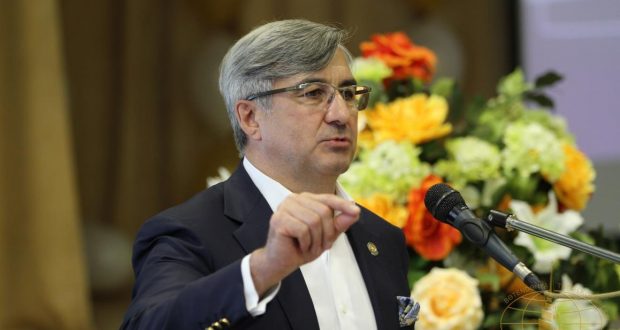 During the meeting, the Deputy Prime Minister of the Republic of Tatarstan, the Chairman of the National Council spoke about the events held and noted that next year the World Congress of Tatars will celebrate its 30th anniversary. Vasil Shaikhraziev also stressed that in 2022 Tatarstan will celebrate the 1100th anniversary of the adoption of Islam in the Volga Bulgaria. During the meeting, special attention was paid to the discussion of ways of implementing the document “Tatars: Action Strategy”. Vasil Shaikhraziev explained about the work carried out by Tatarstan to support Tatar organizations outside the republic.

The meeting was also attended by representatives of the State Committee for Interethnic Relations of the Republic of Crimea.

Recall that Vasil Shaikhraziev is on a working visit to the Republic of Crimea. Today, as part of his trip, he met with the Head of the Republic Sergei Aksenov and laid flowers at the grave of the Hero of the Soviet Union Gali Akhmetovich Mazitov.