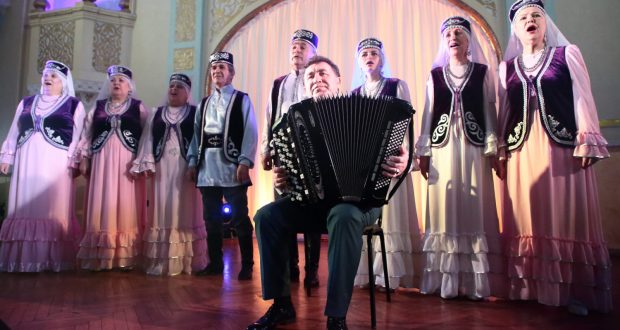 The reporting concert of Lilia Aminova “Sin bulsan yanymda” was held at the Tatar Cultural Center. Ildar Shigapov, the artistic director of the TCC, Honored Artist of the Russian Federation, addressed the audience and participants with words of greeting.

For several years in a row, on the eve of spring, Lilia Aminova, together with her fellow artists, sings about high feelings, as if trying to bring closer the time of awakening nature from winter sleep. This performance was the result of the joint work of a whole team of members of the creative teams of the TCC and guest artists.

Such chamber events where guests feel like members of a large creative family have become a good tradition for TCC.