Home / News / Day of the Republic of Tatarstan: program of events 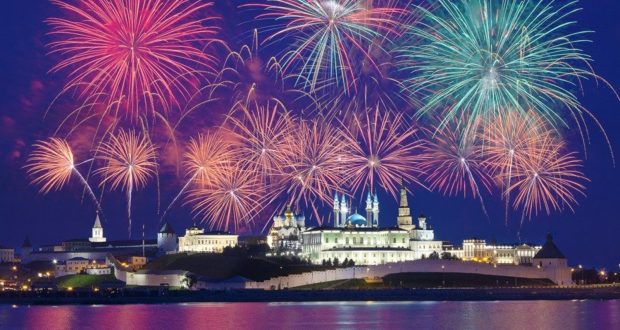 Day of the Republic of Tatarstan: program of events

On August 29, the XIV All-Russian Festival of Tatar Folklore “Tүgәrәk uen” will be held with the evening program “Kichke uen”.

The Tugarak Uen festival is the only festival in Russia dedicated exclusively to the authentic folklore of the Tatars. The festival brings together folklore groups of various ethnic groups of the Tatars, and also introduces everyone to the diverse cultural heritage of the Tatar people.

On August 30, the republican holiday of folk art “Play, accordion!” – “Uynagyz, garmunnar!”. The concert program of the holiday will begin at 11:00 on the square in front of the Galiasgar Kamal Theater and continue with a parade of accordionists across the street. Bauman to the Spasskaya Tower of the Kazan Kremlin.

The column of participants in the festivities will be a bright musical flash mob, where the accordionists will play folk songs loved by everyone. The accordion parade will be led by Honored Artist of the Republic of Tatarstan Firdus Tyamaev.

More than 1000 participants, including accordion players from all over the Republic of Tatarstan and regions of Russia, will gather at a large-scale folk festival to please everyone with their virtuoso sound. The concert program will include the laureates of the festival of Tatar folklore “Tүgәrәkuen”, folklore song and dance ensembles, Tatar pop artists.

The holiday is held within the framework of the year of the cultural heritage of the peoples of Russia and traditionally takes place on the Day of the Republic of Tatarstan.

Opening of the monument to Rashid Vagapov

Also, this holiday will be marked by another event – a monument to the outstanding Tatar singer, one of the brightest performers in the Tatar musical culture, People’s Artist of the Tatar ASSR Rashid Vagapov, will be opened in the park near the Tatar State Philharmonic.

From 11:00 to 16:00 at the Museum-Reserve “Kazan Kremlin” will be held a festival of professions “Honer” (“Craft”). The program includes a festive concert, craft workshops, a literary courtyard and much more.

On the site between Bratskoye and Manezh, there will be a tent of the SHAYAN TV channel, where everyone can watch cartoons and films produced by the Tatarmultfilm and Tatarkino studios. Children will be told about the process of creating a cartoon.

Also, the guests of the holiday are waiting for activities with animators and life-size puppets Shayan and Miyau, drawing zones and master classes, dance flashmob on Tatar dance.

WORKSHOPS OF CRAFTS. In the semicircle behind the Manezh, the indoor gallery of the Junkers School, each of the guests will be able to attend master classes in pottery and confectionery, design, fine arts, as well as take part in a flash mob to create a large-scale canvas of nails “Min yaratam blue, Tatarstan, (“I I love you, Tatarstan!”).

CITY OF PROFESSIONS. On the site of the Cannon Yard, there will be an opportunity to touch the knowledge of the craftsmanship of professions, as well as to take part in the traditional games of the peoples of Tatarstan.

HOLIDAY CONCERT. 14:00-15:00. On the lower tier of the Kul Sharif mosque, guests will have the opportunity to get acquainted with the national traditional culture and become spectators of the performance of children’s and youth creative teams of Kazan.