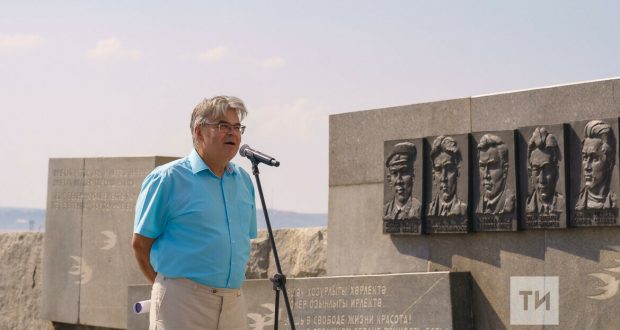 Director of the Institute of the Tatar Encyclopedia and Regional Studies of the Academy of Sciences of the Republic of Tatarstan, Doctor of Historical Sciences Iskander Gilyazov spoke about new finds in the Federal Archives in Berlin, shedding light on the history of the Jalilovites.

“In March 1944, after a group of Jalilovites was sentenced, one of Jalil’s associates, the poet Akhmet Simaev, turned to the Mufti of Jerusalem Amin al-Husseini, who collaborated with the Nazis and was in Germany at that time. The poet asked the mufti if he had the opportunity to save their lives. Amin al-Husseini appealed to various authorities on this matter, ”said the historian at a rally on the occasion of the Jalilov Memorial Day on May 1 Square in Kazan.

The documents discovered by the scientist are the correspondence of Amin al-Husseini with individual authorities of the Third Reich. Iskander Gilyazov received copies of these documents.

“Among them are the documents of the Ministry of Foreign Affairs, the Ministry of the East (Imperial Ministry of the Occupied Eastern Territories – approx. T-i.), and the high command of the Wehrmacht. They say that “the secret organization inflicted enormous damage on Germany,” that the members of the group are “worst enemies,” and their pardon will have a very negative impact on the rest of the legionnaires,” said Iskander Gilyazov.

The scientist recalled that recently there have been attempts to cast doubt on the heroism of the Jalilovites. “There are specific documents here. They damaged the military and political activities of the Germans. They destroyed the initiative to attract the Eastern peoples to cooperation in the bud. There can be nothing stronger than these proofs. There should be no room for any doubts,” the scientist stated.

Iskander Gilyazov is confident that new facts and documents will be discovered in the future, and work in the archives will continue. “The most important thing is that the feat of the heroes is proven, justified. We can be proud of the Jalilov group, their feat will live on,” said Iskander Gilyazov.

According to the scholar, he began to be interested in the history of the Idel-Ural legion, Musa Jalil and his associates in his school years. “In 1995 I found an opportunity to go to Germany. For a long time he worked in the archives, looked at various documents, collected material. Long worked, long sought. But I didn’t manage to find new documents then,” he said.

“Finally, two years ago, before the start of the pandemic, I discovered new documents in the Federal Archives in Berlin. These are previously unknown documents. This is truly powerful, historical evidence. I also published them in the Echo of the Ages magazine,” Gilyazov told the rally participants.