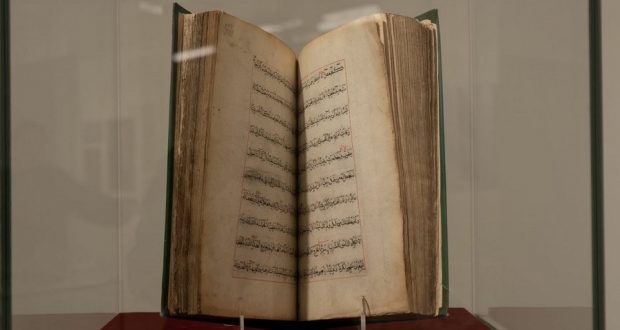 On May 27, at 13:30, the National Library of the Republic of Tatarstan will host the opening of the exhibition “The Book of Books”, dedicated to the 1100th anniversary of the adoption of Islam by the Volga Bulgaria.

The exhibition presents unique mushafs of Qur’an from the collection of rare books and manuscripts of the National Library of the Republic of Tatarstan and works by contemporary artists. Here, visitors will learn what “Book” means in Islam, about the traditions of transmitting the Qur’anic text, the diversity of the Tatar handwritten and printed book culture, about where the first printed Qur’an was published, about the role of the Tatars in publishing the Qur’an in different languages ​​of the world and with a variety of tafsirs. .

Many generations of artists searched for meanings for creative inspiration and self-expression in the text of the Sacred Word. The exhibition will present the works of young authors, whose stroke style fascinates and brings the spirit of the Muslim world into the surrounding reality, whether it is the street of a bustling metropolis or a modern library reading room.

The event will also host an open discussion on the topic “Modern trends in the publication of the Qur’an.” Declared participants: Mukhametshin Rafik – Deputy Mufti for Education of the Republic of Tatarstan, Rector of the Russian Islamic Institute, Doctor of Political Sciences, Professor; Bustanov Alfrid – Deputy Director of the Sh. Marjani Institute of History, Professor of the University of Amsterdam; Belyaev Ramil – Imam of the Muslim community of Finland, Doctor of Philosophy; Ziganshin Ilyas hazrat – rector of the Kazan Higher Muslim Madrasah named after the 1000th anniversary of the adoption of Islam; Akhmetgaleev Damir – copyist of manuscript versions of the Qur’an, restorer, employee of the Yelabuga State Museum-Reserve; Ahmad Abu Yahya Al-Hanafi – specialist of the Sharia Department of the DUM RT, lecturer at Kazan Islamic University; Khadiev Irek – Deputy Director for Scientific Work of the National Library of the Republic of Tatarstan, moderator.

The event will be held in the exhibition hall of the National Library of the Republic of Tatarstan at st. Pushkin, 86.