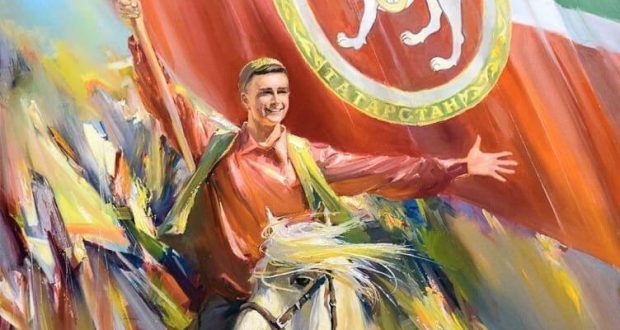 Famous artists will come to Tatarstan to capture national rituals

In June, artists from other regions of Russia will come to Tatarstan to depict the life of the peoples living in the republic in their paintings. This was announced by the head of the executive committee of the Assembly of the Peoples of Tatarstan Konstantin Yakovlev at a visiting meeting of the presidium of the council of the assembly in Naberezhnye Chelny.

“Quite a lot of famous artists will come. They will live for several days in our cities and towns. Their task is to show how peoples of different nationalities live, how they preserve traditions, raise children, ”Yakovlev said.According to him, their paintings will be presented at an exhibition in Kazan, which will open during the celebration of the Day of National Unity.

“Each artist will leave us one painting as a gift, which will be kept in the museum of the House of Friendship of the Peoples of Tatarstan,” stressed the head of the executive committee of the Assembly of the Peoples of the Republic of Tatarstan. He also noted that writers and poets from other regions of Russia and the CIS countries wi ll come to the republic in September.   The Assembly of the Peoples of Tatarstan unites 246 local and regional national-cultural public organizations, two branches (in Naberezhnye Chelny and Nizhnekamsk), 27 representations, eight houses and four centers of peoples’ friendship, a youth assembly.