Home / News / Minnikhanov: Celebration of the 1100th anniversary of the adoption of Islam is ahead 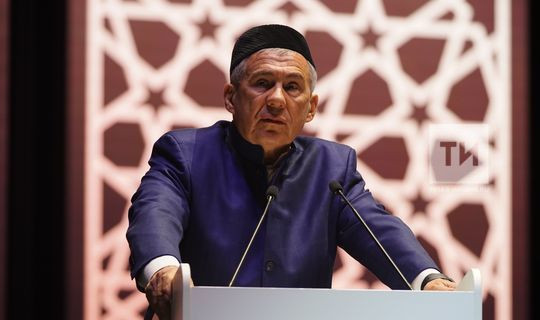 Minnikhanov: Celebration of the 1100th anniversary of the adoption of Islam is ahead

Minnikhanov noted that despite the difficulties, including those associated with the coronavirus pandemic, “the republic is moving forward.” “But there is a lot of work ahead. In this work, I would like to thank Vladimir Putin, he provides support, “- said the President of the Republic of Tatarstan. “Ahead is the celebration of the 1100th anniversary of the adoption of Islam, we have big plans. Work is underway to revive the language. The World Congress of Tatars and the Religious Board   of Muslims are working closely on this topic, ”Minnikhanov emphasized. “I hope that the congress will be successful. It is necessary to assess the work of the mufti. We will carry out all the planned work together, ”he summed up.