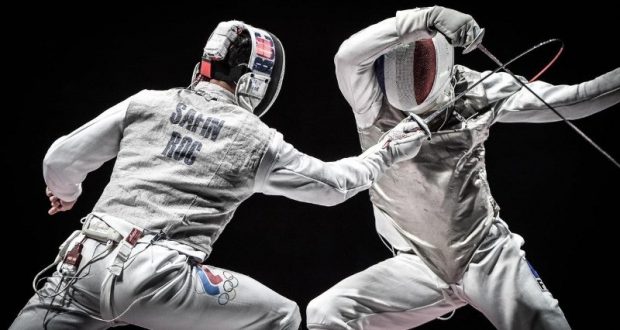 Yesterday the Russian men’s team won silver in the final of the Olympic team foil fencing tournament. The Russian team was represented by a graduate of the Bashkir fencing school Timur Safin, twin brothers from Samara Kirill and Anton Borodachev, Vladislav Mylnikov from the Kursk region.

In the final, the young foil fencer team of Russia lost to the experienced French with a score of 28:45.

In 2016, at the XXXI Olympic Games in team competitions, Timur Safin (coach – Lira Rimovna Grui) became the champion and bronze medalist of the Games in individual foil competition. Having won silver at the Tokyo Olympics, Timur collected a full set of Olympic medals.

Safin Timur Marselevich – Honored Master of Sports in foil fencing. Three-time European champion. Medalist of the World, European and European Games. Champion of the XXXI Olympic Games in the team competition, bronze medalist in the individual, 2016.

Timur Safin was born on August 4, 1992 in the city of Tashkent, Uzbekistan. He is Tatar by nationality. He moved to Russia as a child. Since 2001 he took up fencing. He is a pupil of SDYUSSHOR   (children youth sports school) No. 19. The first coaches were F.Ya. Arslanov, V.V. Nagimov. He received higher education at the Bashkir Institute of Physical Culture since 2010.

In 2006 Timur became the bronze medalist of the Russian championship among youths in the team event.

In 2008 he became a member of the Russian youth fencing team.

In 2010, at the Russian Cup, he took 1st place in the team competition.

In 2013 at the European Championship he took 1st place in individual and team events.

In 2016, at the XXXI Olympic Games in team competition, he became the champion and bronze medalist of the Games in individual foil competition.

Timur Safin was awarded the title of Honored Master of Sports of Russia. Awarded with the Order of Friendship, on August 25, 2016 – for high sporting achievements at the Games of the XXXI Olympiad in 2016, the will to win and dedication.