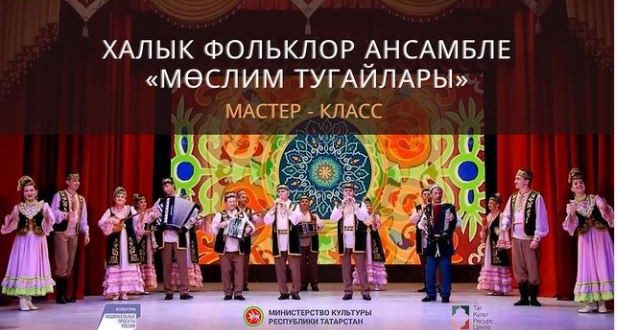 In the Tatar State Philharmonic named after G. Tukay October 27 at 10:00 a master class of the Folk Folk Ensemble “Mөslim Tugailary”, winner of the Grand Prix of the All-Russian Festival-Competition of Amateur Art Groups within the framework of the National Project “Culture” in the nomination “Traditions” for 2021, will take place.

The master class program includes lectures by leading experts in the field of folk music, ethnomusicology, instrumental performance, artisans and designers involved in sewing and reconstructing traditional costumes. The project is being implemented within the framework of a grant competition organized by the State Russian House of Folk Art named after V.D. Polenov.