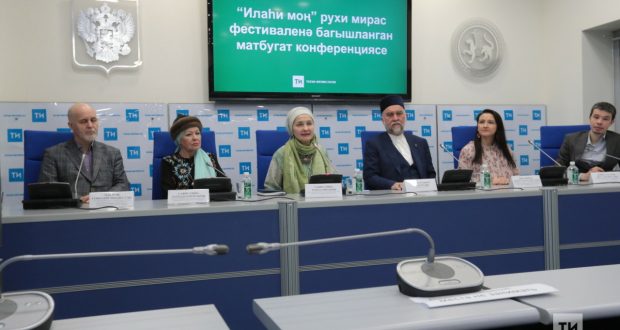 On June 21, Bolgar will host a gala concert of the festival-competition of the spiritual heritage “Ilagi Mon”. The competition is being held for the sixth time. Reseda Safiullina-Ibragimova, Associate Professor of the Department of the Tatar Language and Culture of the Russian Islamic Institute, spoke about this at a press conference in Tatar-inform.

Performers of sacred music and chants will take part in a gala concert as part of a festive concert dedicated to the 1100th anniversary of the adoption of Islam by the state of Volga Bulgaria. The festival, according to Safiullina-Ibragimova, unites religion, culture and science.

“Initially, our main task was the revival, renewal and popularization of the pearls of our spiritual heritage. At that time, there were also performers of beits, munajats, but it was very important to revive the methods of their authentic performance. By that time, a certain void had formed between the clergy and the national intelligentsia, we decided to restore this connection, ”said the scientist.

People’s Artist of Tatarstan Gulzada Safiullina noted that groups from different regions of Russia traditionally participate in the competition.

According to the organizers, performers of various ages come to the competition – from five-year-old kids to ninety-year-old grandmothers. As part of the scientific and educational part of the festival on May 20, the Al-Marjani Mosque will host a seminar “Secrets of chanting reading in Islamic culture”.