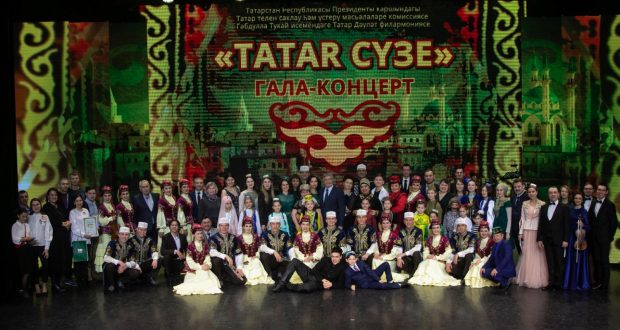 On May 30, 2022 at 18.30 in the concert hall of the Tatar State Philharmonic named after Gabdulla Tukay, the Gala Concert of the International Competition for Reading Literary Works in the Tatar Language “TATAR SYZE” will be held. This evening the names of the winners will be announced and prizes will be awarded to the most distinguished masters of the artistic word.

From September to December, the contestants sent their applications to participate in the qualifying round. A total of 3,557 videos have been   accepted for the competition this year. Of these works, 310 contestants were selected for the second round, of which 40 participants became winners.

The prize fund of the competition this year amounted to 1,600,000 rubles.

The organizer of the competition is the Tatar State Philharmonic named after Gabdulla Tukay with the support of the Commission under the President of the Republic of Tatarstan on the preservation and development of the Tatar language.