Home / News / Great heritage – the history of the Siberian Tatars! 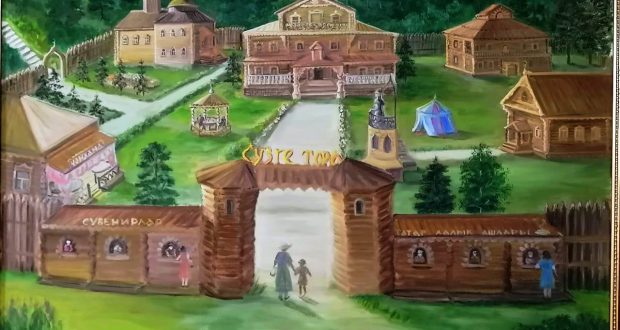 Great heritage – the history of the Siberian Tatars!

In the heart of any of us lives love for native spaces. Yes, some have it more, some have less, but it’s there. Love manifests itself gradually, with each step it begins to grow stronger, becoming stronger. With the acceptance of the surrounding beauty, it only intensifies. My Tatar people have a rich history, all Tatars, wherever they live, are one people.

In whatever corner of our country I find myself, it seems to me that my heart is filled with joy and peace, happiness and comfort, warmth and serenity when I hear my native language.

And so it happened! At the invitation of the leadership of the National Council and the Executive Committee of the World Congress of Tatars, we scientists and local historians-researchers visited a number of cities and regions of the Russian Federation, where we took part in a number of generally significant national and cultural events and scientific and local history conferences..So, only in 2021 we adopted participation in the All-Russian rural Sabantuy and the All-Russian conference on the history of the Yk river basin in the Muslyumovsky district of the Republic of Tatarstan and the village of Tyumenyak in the Tuimazinsky district of the Republic of Belarus. In September, we, representatives of 21 regions of Russia, participated in the YI All-Russian Forum of Tatar local historians, which lasted 9 days and took place in the cities of Omsk and Tara, the Bolsherechensky district of the Omsk region, and then continued in the village of Arakaevo, Nizhneserginsky district, Sverdlovsk region.

And 2022 was also full of events and conferences with the participation of scientists and local historians. April 1 this year in the Pestrechinsky district of the Republic of Tatarstan, the All-Russian Scientific and Local History Conference was held, dedicated to the history of the Pestrechinsky Order and the spiritual and cultural heritage of the famous fellow countryman – a native of the village of Chita, the Sufi poet and humanist of the 17th century Maul Kolyya. The conference, during which 8 sectional and plenary sessions were held, exhibitions were organized, a new mosque was opened in the village of Novoe Shagaleevo, the mosque in the village of Chita received the name of Maul Kolyya. A capsule was laid at the site of the Maul Kolyi memorial. In the course of preparation, 3 books about the work of the great poet were published, as well as a collection of conference materials with a volume of 420 pages (42.5 sheets).

Further, we participated in all-Russian conferences, round tables and solemn events in honor of the 1100th anniversary of the adoption of Islam by the ancestors of the Tatars of the Volga and the Urals in Volga Bulgaria in the cities of Cheboksary, Penza, Yekaterinburg , Kasimov, Tobolsk, etc.

I myself also participated in many of these events, took an active part in the preparation and holding of three conferences and a competition in Penza, as well as in other events. In particular, I recently took part and made a presentation “Outstanding Tatars – natives of the Penza Territory in Siberia” on August 5, 2022 in Tobolsk at the XIV All-Russian Scientific and Practical Conference “The Historical Fate of Isker”.

In my report, I noted that the Penza land has its own history, its glory, its present and future. And the main asset of the picturesque region is our fellow countrymen, who left a mark in the history of our region and the whole country. Among them are Musa Bigeev, Zakhir Bigeev, Gadel Kutuy, Abdrakhman Absalyamov, Khasan Shakhban, Musa Akzhigitov, Kyarim Tinchurin, Gafur Kulakhmetov, Edgyam Teneshev and many other figures, the brothers Khamza and Karim Khamitovs – immigrants from the Penza province in Siberia. Khamza Khamitov was an akhun of the Tomsk province, and Karim Khamitov was a major patron of the province”… The geography of the participants is extensive Republic of Tatarstan, Republic of Bashkortostan, Republic of Kazakhstan, Kemerovo region, Penza region, Novosibirsk region, Omsk, Tyumen region – Tatar local historians – researchers, scientists, spiritual leaders from different regions participated in the conference.

During the conference, in the direction of the Executive Committee of the WCT, 10 people were accepted – scientists from the Institute of the Tatar Encyclopedia and Regional Studies of the Academy of Sciences of the Republic of Tatarstan, the Institute of History. Sh. Marjani of th