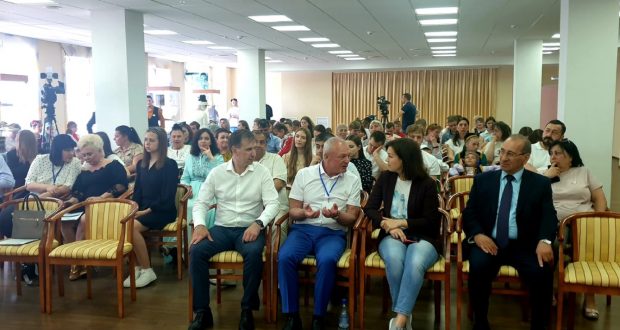 In the Penza region took place a literary salon “What inspires …”

The literary salon  “That which inspires …” within the framework of the educational and cultural marathon “Our unity is in diversity” opened its doors with an exhibition of drawings “Life and work of A. Pushkin and M. Yu. Lermontov”, a theatrical action with the participation of “great poets ”and a stylized ball of the 19th century performed by the“ Compliment ”collective.

The official opening of the literary salon “That which inspires” began with a welcoming speech by the Chairman of the RPO “TNKA of the Penza Region” Zh. Z. Tuktarov. The event was attended by guests of honor: Deputy Mayor of Penza IV Krasnov, Deputy of the Legislative Assembly Kuprin Ya. ., chairmen of the NCA of the Penza region. After the opening ceremony, the literary salon began. It consisted of two thematic parts: the work of A. Pushkin and the poetry of M. Yu. Lermontov. The participants recited poems by Alexander Sergeevich and Mikhail Yuryevich to the guests, as well as romances in the languages ​​of the peoples living in the Penza region.

Within the framework of the closing of the literary lounge, gratitude was handed over to the team of organizers and volunteers. Each reader received a participant diploma.

the winners of the regional children’s creative competition “Tukai Yazy-135”, dedicated to the 135th anniversary of the birth of Gabdulla Tukay, were awarded.

The project is being implemented using a grant from the President of the Russian Federation for the development of civil society provided by the Presidential Grants Foundation.