Home / News / In the village of Shygyrdan of the Chuvash Republic, Sabantuy began with the reading of the verses of the Koran 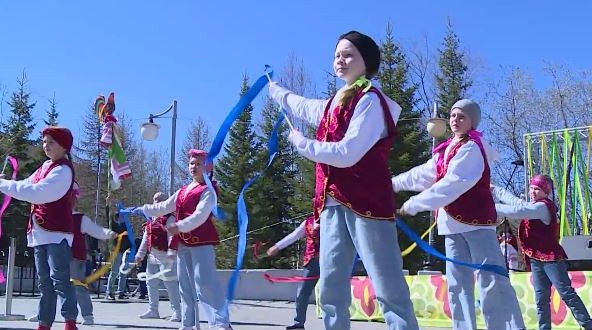 In the village of Shygyrdan of the Chuvash Republic, Sabantuy began with the reading of the verses of the Koran

The chairman of the Religious   Administration of Muslims of the Chuvash Republic, a member of the Public Chamber of the Chuvash Republic, the Public Council of the Batyrevsky district Mansur hazrat Khaibullov took part in the national traditional holiday “Sabantuy”, which was held on the territory of the youth park “Friendship of Peoples” in the village of Shygyrdan of the Batyrevsky district.

The holiday began with the recitation of the verses of the Koran.

During the celebration, the best of the best, the leaders of all branches of rural settlement development, activists were awarded Certificates of Honor, Diplomas, Letters of Thanks of various levels.

A special award of the holiday was the commemorative medals “95th anniversary of the formation of the Batyrevsky district”, established by the Assembly of Deputies of the district in 2022 as part of the celebration of the anniversary of the municipality. The first medals were awarded to veterans of the Great Patriotic War.

The program of the traditional holiday includes trotting horses, Koresh wrestling, arm wrestling, lifting weights, tug of war, cycling for preschoolers and many other games and contests for children and adults.

“Sabantuy” as a truly mass holiday gives everyone the opportunity to have fun, participate in competitive games or just be a spectator. But with all this, he will remain in memory only with pleasant impressions, meetings of friends and relatives, fellow countrymen.