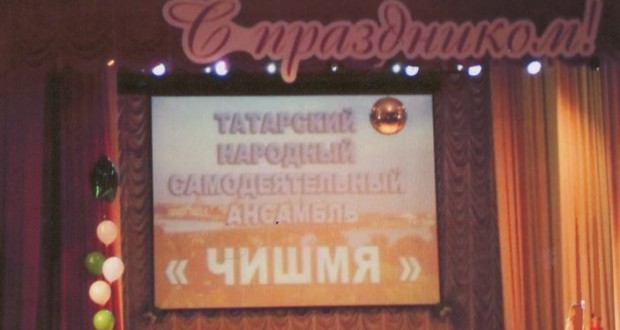 In Volgograd marked quarter-century anniversary of the ensemble “Chishma”

Volgograd – one of the most multicultural cities in Russia. Therefore, the 25th anniversary of the Tatar folk ensemble “Chishma” in House of Culture “Tsarina” has become a holiday for all. As head of the city Andrew Kosolapov stated: “Support to the national centers, fostering respect for other peoples, their traditions, is one of the priorities of the government.”

Jubilee of Tatar ensemble has united with many cultures and demonstrated not only the identity of each of them, but also unity in pursuit of common objectives: promoting patriotism among young people, and most importantly – in the preservation of peace.

The main task – to preserve their originality.

Director of the ensemble Luiza Maransovna Ableeva says: “Our basic idea – not to lose the cultural heritage, inherited from grandparents. We perform folk, author, and children’s songs, restoring the rites. And besides, our team – a real family, during its existence ten couples got married! ”

On the anniversary there were the guests of honor.

State Duma deputy Irina Guseva thanked the staff for the great work on the preservation of traditions and language, collaboration with other national organizations and promotion of tolerance.

Head of the city A.Kosolapov handed ensemble participants professional microphones, and administration of Krasnoarmeysky district awarded letters of thanks and prizes.