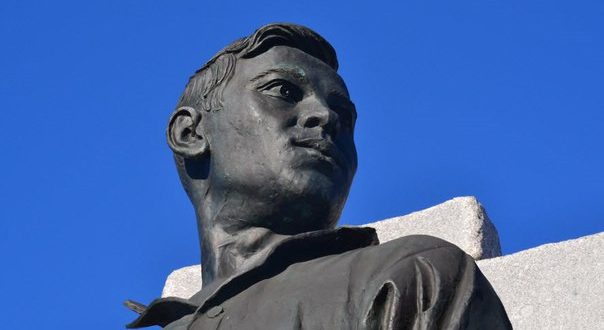 International Day of the liberation of Nazi concentration camps

April 11, 2016, in Moscow, on the International Day of the liberation of Nazi concentration camps, the ceremony of laying flowers at the monument to the poet-hero Musa Jalil took place. The organizer of the event is the Plenipotentiary Representative of the Republic of Tatarstan in the Russian Federation.

We remind that the German concentration camps connected with the name of the great Tatar poet Musa Jalil. In February 1942, the poet with the rank of political instructor was sent to the Volkhov Front, where he worked in the newspaper “Otvaga (Courage).” At the front, severely wounded Musa Jalil was taken captive where together with like-minded people he created a clandestine group of resistance to fascism, which was

preparing to escape from captivity. The first battalion, formed on the Polish territory of the Tatar prisoners passed February 23, 1943 came over to the side of the partisans in Belorussia.

Special services in Germany tracked the underground and arrested dozens of people. In February 1944, the Nazi court in Dresden sentenced 11 organizers of underground work to death for undermining the military power of the Reich.

August 25, 1944, Soviet patriots Tatar group resistance to fascism were beheaded by guillotine in Ploetzensee on the outskirts of Berlin.