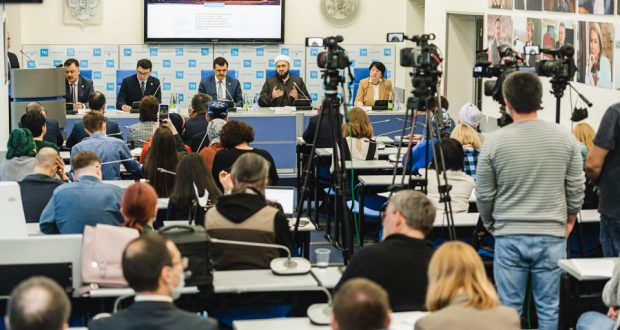 Today, on the 29th day of the month of Shaaban (April 1), at a briefing for the media, the launch of the International Competition for the development of a draft design of the Cathedral Mosque in Kazan and the surrounding area was announced. Mufti of Tatarstan Kamil Khazrat Samigullin, Deputy Prime Minister of the Republic of Tatarstan – Head of the Office of the Cabinet of Ministers of the Republic of Tatarstan Shamil Gafarov, Head of the Executive Committee of the Municipal Formation of Kazan Rustem Gafarov, Executive Director of the Republican Foundation for the Promotion of the Spiritual and Moral Development of the Society “Igelek -Kindness” Ilnur Rakhimov, Doctor of Architecture, Professor of the Department of Theory and Practice of Architecture and Design of KSUAE Galina Aidarova.