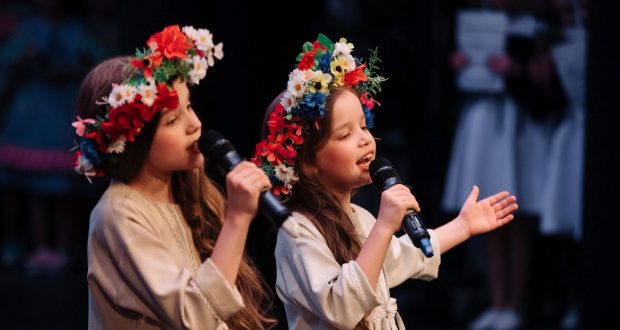 As part of the implementation of events dedicated to the Year of Folk Art and Intangible Cultural Heritage of the Peoples of Russia in Tatarstan, a large number of events are being held aimed at preserving and popularizing the regional folk ethnomusical song heritage. One of these projects is the International Festival of Children’s and Youth Folk Song Performance “Era of Talents”, which is supported by the Presidential Fund for Cultural Initiatives as part of the All-Russian Festival “Origins”.

The festival will be held in 2 rounds and will bring together creative teams working in the genre of folk performance from all over Russia and the CIS countries. As part of the first round, the jury on video recordings will select 60 teams that will be invited to the Final of the Festival, which will be held in person in Kazan on National Unity Day on November 4, 2022.
Festival nominations:

folk vocal
folklore, folk stylization
vocal and instrumental ensemble (folk instruments)
video clip for a folk song.
The jury and experts of the Festival will include well-known cultural figures of Russia.

Among them – Makarov Gennady – Honored Artist of the Republic of Tatarstan, Associate Professor of the Department of Tatar Music and Ethnomusicology of the Kazan State Conservatory, Candidate of Art History, member of the Union of Composers of Russia, musicologist-folklorist, expert in the field of vocal, musical, poetic, instrumental art of ethnic groups of the Volga and Ural regions, a specialist in the history of folk singing, folk singing styles, an expert on the history of Turkic art.

The festival is free of charge. An application for participation in the 1st round can be submitted until August 1, 2022.