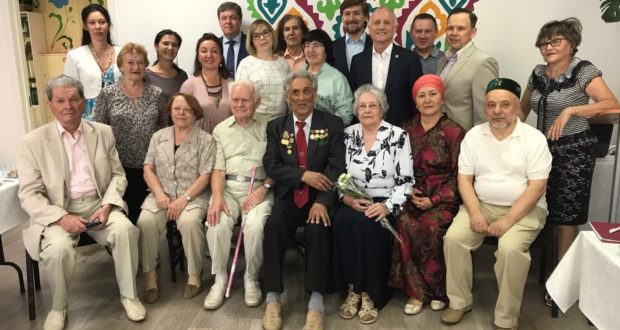 Khaidar Gilfanov, Permanent Representative of the Republic of Tatarstan in the Sverdlovsk Region, took part in the jubilee of the elder of the Tatar movement of the Urals, Sufkhat Nadyrov, and presented the medal of the Republic of Tatarstan “For Valiant Labor”. Andrey Vetluzhskikh – Chairman of the Federation of Trade Unions of the Sverdlovsk Region, Deputy of the State Duma of the Russian Federation personally congratulated the hero of the day.

The jubilee was held at the NKAT SO center in Yekaterinburg. The jubilee celebrations were organized by the Executive Committee of the World Congress of Tatars and the National-Cultural Autonomy of the Tatars of the Sverdlovsk Region.