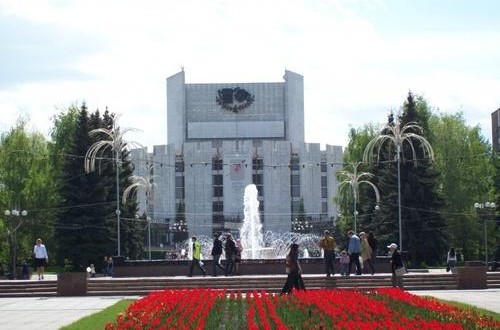 On behalf of the 220,000 Tatars of Chelyabinsk Oblast Executive Committee of the Congress of Tatars expresses its full support for your speech to the youth at Lake Seliger.

There is no doubt that defining the title of the highest official position of the region – the affair of the subjects of the Federation, including citizens of Tatarstan to decide on the format of power and the main leader of the Republic.

Saving a federal entity of the Russian Federation is vital for multimillion Tatar people, three quarters of whom live outside the Republic of Tatarstan. And preservation of the presidency in Tatarstan, which is perceived by all the Tatars of Russia as a historical native land, is extremely important for their national identity. which in turn allows you to save the national identity and spiritual unity.

Tchelyabinsk region, as well as all the regions inhabited by Tatars maintains close ties with Tatarstan, which largely helps to solve us ethno-cultural issues.

We hope that the law prohibiting the heads of subjects of the Russian Federation referred to the President, adopted by the State Duma in December 2010 will be canceled.

Chairman of the Executive Committee

“The Congress of Tatars of Tchelyabinsk region”

Member of the Legislative Assembly