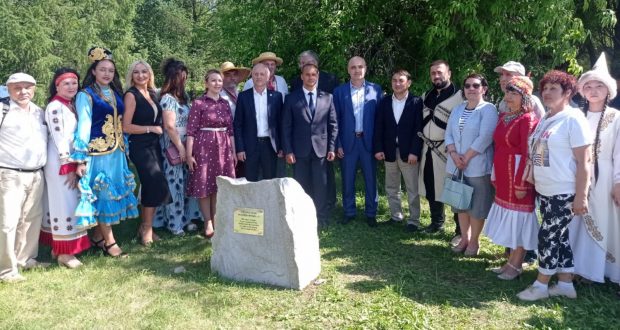 Permanent Representative of the Republic of Tatarstan Khaidar Gilfanov took part in the Garden of Peace ceremony dedicated to the International Day for Cultural Diversity for Dialogue and Development. The head of Yekaterinburg Alexey Orlov, Secretary General of the International Union of Non-Governmental Organizations “Eurasian Peoples’ Assembly” Andrey Belyaninov, Chairman of the Council of the Assembly of the Peoples of Russia Svetlana Smirnova, Head of the Ordzhonikidze District Administration Roman Kravchenko, representatives of consulates of foreign countries in Yekaterinburg, national cultural associations in St. Yekaterinburg, etc.

After the rally, the protesters planted trees and at the end of the event, the first stone was laid on the site of the future monument to the great Tatar poet, Hero of the Soviet Union Musa Jalil. The permanent representative of the Republic of Tatarstan in the Sverdlovsk region Khaidar Gilfanov and the head of the Sverdlovsk regional public organization for the development of friendship of peoples “Tatars of the Urals” Sufiya Tamindarova took part in the laying of the stone.

The event took place in the People’s Friendship Alley in Yekaterinburg located at the intersection of Kosmonavtov Avenue and Front Brigades Street near the Mashinostroiteley metro station.