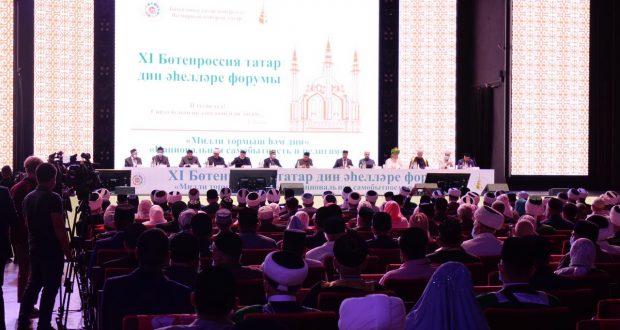 Today, at the Ilham Shakirov Concert Hall of the Kazan Expo International Exhibition Center, a plenary session of the XI All-Russian Forum of Tatar Religious Figures “National Identity and Religion” is being held.

The moderator of the plenary session is Vasil Shaikhraziev, Deputy Prime Minister of the Republic of Tatarstan, Chairman of the National Council. He noted that the forum of religious leaders is being held within the framework of the implementation of the document “Tatars: Action Strategy”, adopted in 2020. “Religion plays an important role in the preservation and development of the language, culture and traditions of our people,” stressed the chairman of the National Council.

The forum is attended by over 700 representatives from 40 constituent entities of the Russian Federation. The most senior delegate is aksakal Hakim Hazrat Bikteev from the Kaliningrad region, born in 1925.