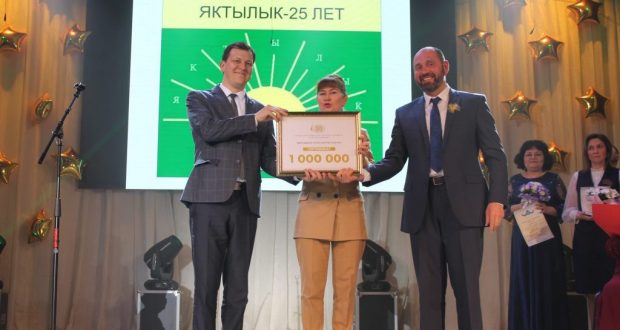 One of the brightest representatives of the transfer of Tatar traditions is the pride of the Samara region – the Yaktylyk school, which celebrates its 25th anniversary.

On May 16, a festive concert was held at the Zarya House of Culture, where many guests gathered to congratulate, support and express words of gratitude on this significant event.
The ceremony was also attended by the President of SRTOO “Duslyk” Fakhrutdin Kanyukaev and Vice-President Minahmet Khaliullov.

Among the guests of honor were Deputy Minister of Education and Science of the Republic of Tatarstan (MO and N RT) Minzalia Zakirova, Deputy Head of the city of Tatarstan. Samara, head of the Department of Education of the Administration of the city of Samara Ilya Osipov, leading consultant of the sector of interregional cooperation and head. Alfiya Akhatova and Gulia Musina, deputy head of the Executive Committee of the World Congress of Tatars Ilgiz Khalikov, director of the MBOU “Tatar Gymnasium No. 2 at KFU” Ramil Gainullin and many others.

The first director was Dashkina Harida Gabtulzyanovna – an excellent student of education, an honored worker of education of the Russian Federation and the Republic of Tatarstan. In 1989, thanks to her perseverance and determination, a Tatar Sunday school was opened on the basis of an evening school. It was she who laid the foundation for the study of the native Tatar language in Samara and gave life to the Yaktylyk school, which means “light” in Russian.

The Tatar language is studied at school from grade 1. Today, the native language and the history of the Tatar people are studied here by 596 students, 38 teachers work here. In 2021, the school graduated 33 students, 9 of which received medals for outstanding academic achievement. Every year, students of schools become winners, prize-winners, diplomats of olympiads, competitions, championships, including international ones. In 2013, the school became a laureate of the competition “100 Best Schools in Russia”. In 2015 – the best school in the city of Samara in the nomination “School of an Active Citizen”. In 2021, the winner of the All-Russian competition among educational institutions for the best organization of work in ethno-cultural education.