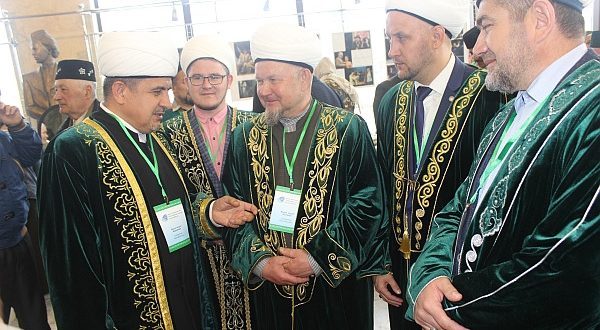 From May 19 to May 21, 2022, the XII All-Russian Forum of Tatar Religious Figures “National Identity and Religion” will be held in Kazan. This year the forum is held as part of the celebration of the 1100th anniversary of the adoption of Islam by the Volga Bulgaria.

1100 representatives of the clergy and guests from 72 regions of the Russian Federation, including the Republic of Tatarstan, have been invited to the XII All-Russian Forum.

The grand opening of the forum with the participation of the Deputy Prime Minister of the Republic of Tatarstan, Chairman of the National Council of the World Congress of Tatars Vasil Shaykhraziev will be held on May 19 at the Kazan Expo International Exhibition Center. Later, the participants will get acquainted with the exhibition of the halal industry Russia Halal Expo, which takes place within the framework of the international summit “Russia – Islamic World: KazanSummit”.

On May 20, religious figures and guests will take part in the ceremony of laying the first stone for the construction of the Kazan Cathedral Mosque. Later in the Tatar State Academic Opera and Ballet Theater named after. M. Jalil will host a plenary session of the forum with the participation of the President of the Republic of Tatarstan R.N. Minnikhanov.

On May 21, the forum participants will take part in the solemn ceremony “Izge Bolgar Zhyeny” in the city of Bolgar, Spassky District of the Republic of Tatarstan. Recall that this year the event is dedicated to the 1100th anniversary of the official adoption of Islam by the Volga Bulgaria.