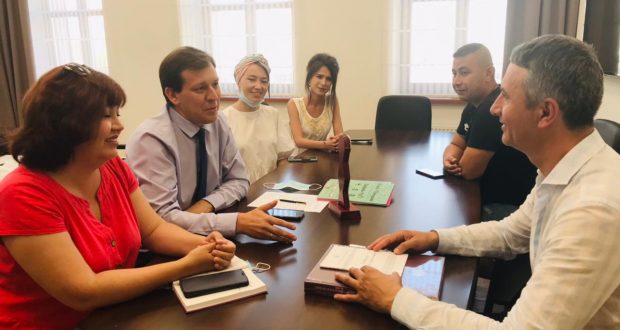 Today, within the walls of the World Congress of Tatars, a meeting was held between the Deputy Head of the Executive Committee of the CGT Ilgiz Khalikov with compatriots from Romania.

During the conversation, promising areas of cooperation were identified. In particular, the spheres of culture and education were considered. As it became known, the Tatar language is not taught in Romanian schools, however, local Tatars express a great desire to learn their native language.

Ilgiz Khalikov noted that the Tatar Congress is always ready to provide compatriots living abroad with the necessary benefits: “This is not only about books. There are many online courses available today. One of them is the Ana Tele project.

Tomorrow, June 26, guests from Romania intend to take part in Sabantui, which will be held in Kazan. The guys will compete in the Koresh national wrestling.